They are a new generation of Chinese citizens speaking out against the tyranny of the long-ruling communist regime and unlike the fake protesters so common here in America, in China to protest is to literally risk your life. They have cheered America’s ideals of freedom and opportunity, waved the U.S. flag, applauded President Trump, and asked for the prayers of the American people.

Today, on the anniversary of the September 11th, 2001 attacks against the United States, these protesters have gone silent in honor of those who lost their lives on that terrible day. It is an act of solidarity and respect from those who dream that their country might soon embrace the freedom so many here take for granted. 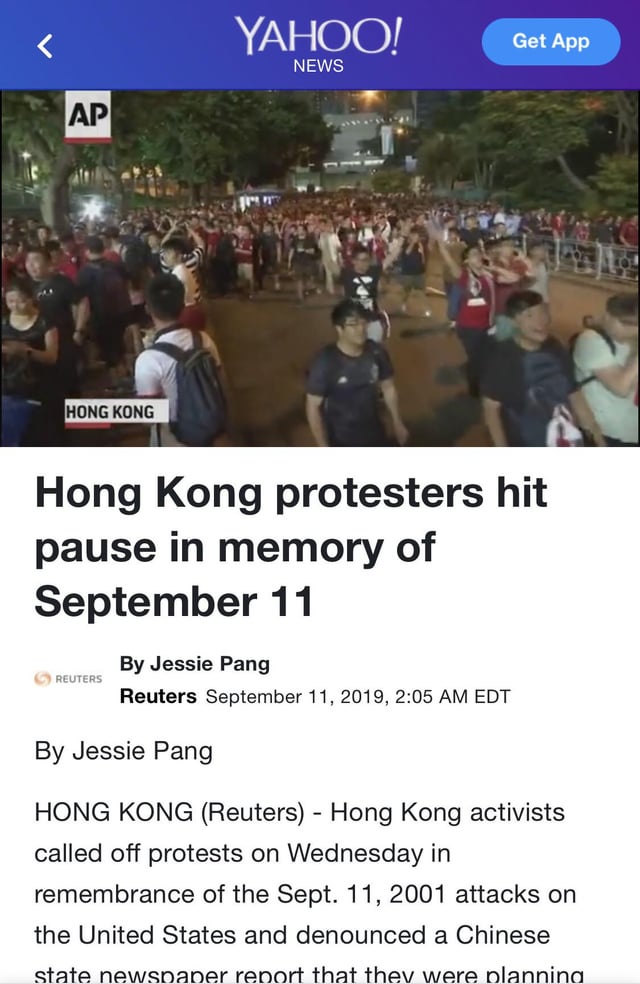 Below is video footage from earlier where protesters showed their love of America and President Trump. One cannot help but wonder if those two things are why the far-left U.S. media has only given the protests lukewarm news coverage: