A non-partisan panel of governmental legal experts reviewed the complaint and determined nothing President Trump said during his phone conversation with the Ukraine president was an urgent concern. The fact the complaint was unprecedented in that it involved presidential communications made the internal review of the complaint a more lengthy process – a review that was required by law. Yet Democrats, once again, are demanding government officials should have broken the law because they think it could have then been used to harm President Trump.

So went today’s Congressional testimony by Acting Director of National Intelligence Joseph Maguire and his schooling of partisan hack Democrats and their collective yearning to destroy one of the most successful American presidents of the modern era. 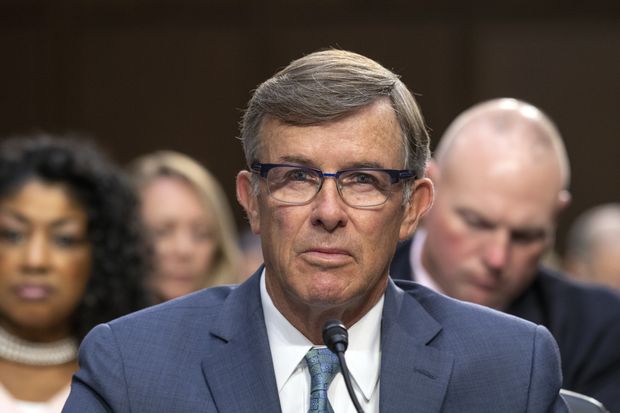 Director Maguire showed a great deal of patience and restraint as the former longtime Navy SEAL sat and listened to Democrats insinuate he was part of some far-reaching cover-up conspiracy. Time and time again he explained how he followed the letter of the law in forwarding the whistleblower complaint to the White House legal office and then the FBI – both of which then subsequently designated the complaint as something not worthy of immediate attention. (the complaint was second and third-hand information. In fact, much of it was actually based on previous media reports so it wasn’t actually a whistleblower complaint at all.)

Democrats were already stunned earlier this week when the White House made public the transcripts of the call which as some media reports subsequently suggested, actually painted a much more troubling picture for Democrat Joe Biden than President Trump:

Democrats — from high-ranking party operatives to rank-and-file primary voters — know this, which is why the transcript released by the Trump White House on Wednesday dooms Biden’s 2020 chances, not Trump’s.

First of all, Ukranian President Volodymyr Zelensky made it very clear in this July 25 phone call that he was already going to be having his new government investigate Hunter Biden’s client firm, the private Ukrainian natural gas company Burisma; he was not the least bit vague with Trump.

“Since we have won the absolute majority in our parliament, the next prosecutor general will be 100% my person,” Zelensky told the president. “He or she will look into the situation specifically to the company that you mentioned in this issue. The issue of the investigation of the case is actually the issue of making sure to restore the honesty, so we will take care of that and will work on the investigation of the case.”

Zelensky then asked, “if you have any additional information that you can provide to μs, it would be very helpful for the investigation to make sure that we administer justice in our country.”

Indeed, as Zelensky told the assembled press as he met with Trump at the United Nations in New York on Wednesday, “nobody pushed me,” that there was no pressure imposed on him from Trump.

But secondly and more importantly, it will give much more attention to what is at the root of the Trump-Zelensky conversation — Hunter Biden’s continual self-destructive shenanigans and his father’s susceptibility to his son’s wishes.

Additionally confounding the Democrats’ (yet again) false outrage is the fact there is a long-standing agreement between Ukraine and the United States to cooperate in criminal legal matters. President Trump was LEGALLY referencing an ongoing investigation that involves not only the Bidens, but Hillary Clinton, and thus, the Obama administration. These investigations are not so much a political matter as they are a national security one. President Trump was advocating for the interests of the United States in wanting to get to the bottom of what appears to be seriously shady dealings involving high-ranking Obama-era officials.

Democrats are attempting to focus on the semantics of the president’s conversation with his Ukrainian counterpart because they and the far-left media in no way want to deal with the substance of rampant and pervasive Democrat corruption involving BILLIONS of overseas dollars.

Nothing more than an awkward muddy-the-waters attempted smokescreen. The far-left media will attempt to spin it differently of course just as they tried and failed to do with the Mueller Report.

They have made a fatal error though. This American president is very different than past Republican presidents.

This one fights and fights hard and he has tens of millions of supporters ready to do the same.