Unbelievable. The far-left media has been attacking the Trump administration and its supporters like Rudy Giuliani 24/7 but now Democrats like Joe Biden are demanding Giuliani not even be allowed to share his version of events with the American people.

Does this look like the act of someone who has, as Mr. Biden is now attempting to spin, did nothing wrong regarding multiple alleged global pay to play schemes while Barack Obama’s vice president? 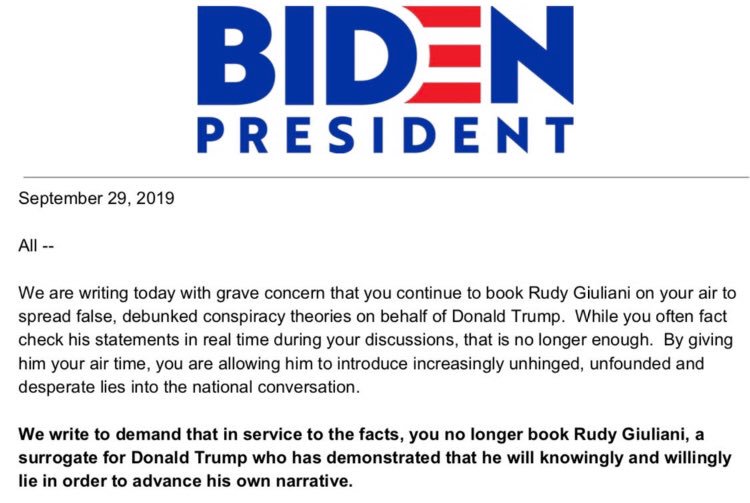 Could it be the far-left media and Democrats are in a panic about the following information becoming more known by the American people:

Update: Breitbart is now picking up the story as well: HERE