It’s a significant development that has been all but ignored by the Mainstream Media.

Former president Barack Obama quietly initiated a non-disclosure request to the National Archives regarding any and all items related to Joe Biden and Ukraine during Mr. Biden’s time as vice president.

Which of course begs the question of what both Obama and Biden are now hoping to hide as the Deep State walls appear to be crumbling amidst the stunning revelations surrounding the General Flynn case which appears to be implicating a number of former top-ranking Obama officials in an attempted coup of the Trump administration. 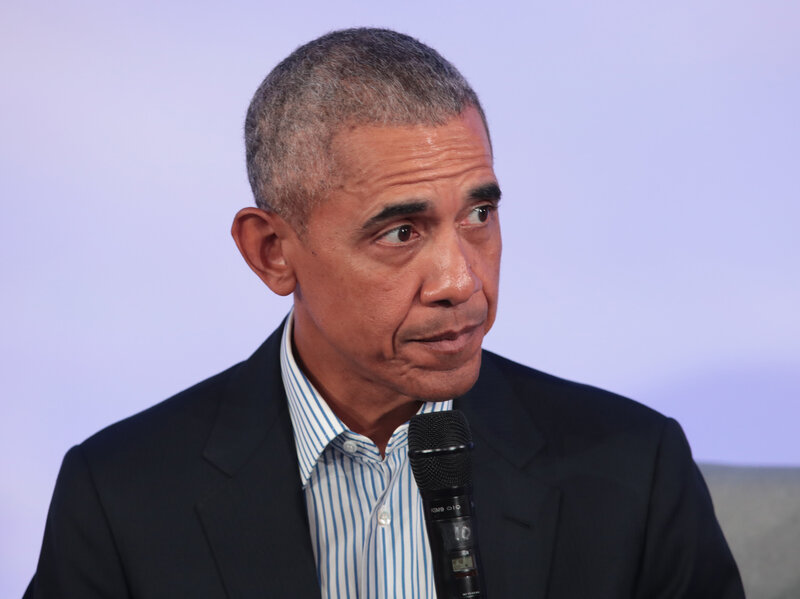 “For some reason, the Obama administration wants the inquiry to end now.”

Former President Barack Obama has inserted himself into the Russia, Ukraine fiasco; arguably this was not the first time. While Democrats have been denying and protecting their guilt in creating and advancing the Russia Hoax, there is evidence that suggests President Obama likely was aware of the probe. Fox News has obtained a letter from the office of former President Barack Obama to the National Archives and Records Administration (NARA), which manages presidential records.

Why would Obama, four years after leaving office, suddenly get involved?

The letter to the National Archives was privately sent in March. Arguably they did not want Fox News to obtain a copy. Nonetheless, the letter bashes Senate Republicans and their investigation of Hunter Biden’s dealings with Ukraine. Hunter, the son of former Vice President Joe Biden, joined the Ukraine company during the Obama administration. Very intriguing.

Obama’s letter to the NARA is a response to Republican Senators Chuck Grassley and Ron Johnson having requested the Obama administration records on Ukraine-related meetings, placed on November 21, 2019. Obama’s letter claims the senators’ inquiry is an effort “to shift the blame for Russian interference in the 2016 election to Ukraine.”

Why so defensive, Obama? According to Fox News, the letter states that the office of former President Obama has “produced 12,2880 pages of presidential records in response to special access requests from the White House and Congress.” So, what’s a few more?

For some reason, the Obama administration wants the inquiry to end now.

“This use of the special access process serves no legitimate purpose and does not outweigh or justify infringing confidentiality interests that all presidents have sought to protect” states the letter.

Hannity continued, telling Obama the real collusion was “under your watch. Your guy, Jim Comey, and company.” Remember, “members of your administration, they used that unreliable Clinton-bought-and paid for, Russian misinformation from the get-go filled with Russian lies” he added.

“In reality, it was Obama. It was his administration. It was Biden. They are the ones that spent months and months propagating the Russian disinformation campaign. Uh, Barack? Did you ever hear of the dirty Russian dossier that Hillary Clinton paid for? Of course, you have” said Hannity.

So then, what exactly is Obama concerned with in regard to the “confidentiality interests that all presidents have sought to protect?” We would love to know.