Talk about some remarkable timing. Despite the far-left media’s attempts to hide a very important material fact regarding the so-called “whistleblower” complaint against President Trump, namely that the complainant literally heard the allegations via someone else who heard it from someone else, more and more Americans are learning that the entire complaint was nothing more than exaggerated hearsay which didn’t qualify to be designated as a whistleblower complaint.

Then, oddly enough, just last month this first-hand account requirement was eliminated, thus allowing hearsay complaints to qualify under whistleblower protections. Under the old requirement, the nonsense now being used to attack President Trump would have been thrown in the trash bin. Now it’s being protected and promoted by Democrats and the far-left media as legitimate because of the one-month-old new requirements that were suddenly changed right before the anti-Trump “whistleblower” complaint was lodged. 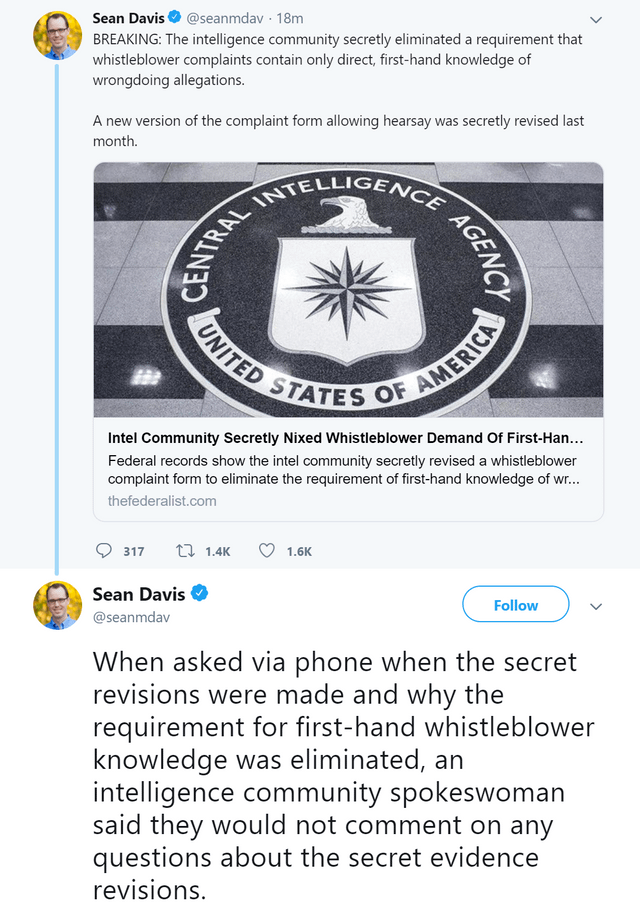 Nothing happens by accident in D.C.

This is further proof of yet another Deep State coup attempt based on nothing, promoted as something, and further dividing and weakening America against itself.