Many have wondered why decorated military general Michael Flynn accepted a guilty plea offer during the Mueller investigation. The far-left media were visibly delighted to see General Flynn laid so low not because Flynn had actually done anything wrong, but because he had supported Donald Trump’s candidacy in 2016.

Now, we know why that plea of guilty was made – the Deep State was threatening General Flynn’s family – namely his son. 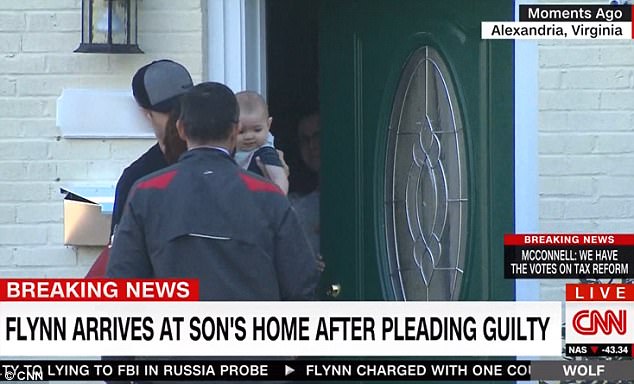 Via The Conservative Treehouse:

Background – As part of ongoing proceedings and consideration Federal Judge Emmet Sullivan had requested a status update about the ongoing cooperation of Michael Flynn in the trial of his former business partner Bijan Rafiekian. On September 24th Federal Judge Anthony J Trenga nullified the jury verdict against Rafiekian and tossed the case.

Flynn’s lawyer, Sidney Powell, now files a motion to update trial judge Emmet Sullivan. However, in a smart legal move, and using the jury nullification within the status report, Powell also outlined the reason why her client (General Flynn) took a guilty plea:

…As a result of prior cases showing malicious prosecutions under false FARA pretenses, Flynn’s defense doesn’t have to try and convince Judge Sullivan that Michael Flynn and Mike Flynn Jr. were being threatened by those same heavy-handed DOJ tactics. It is now self-evident those tactics were deployed; the prosecution would be silly to try and deny their threats were present.

The amount of twisted pressure from this corrupt team of prosecutors is sickening. A month later, General Flynn was signing a plea agreement:

….If Flynn’s defense attorney Sidney Powell can get all of the material requested in her August 30th motion for evidence she will expose the fact that General Flynn was under a fraudulently obtained FISA Title-1 surveillance warrant.

The abusive tactics by the Obama-era Deep State, including the FBI and CIA, had become the norm during those eight terrible years. It’s a fact the far-left media continues to deny. From attempting to put journalists in jail, rampant illegal surveillance, the imprisonment (and killing) of ranchers, tax audit intimidation, etc., it was undeniably a time of the most frightening acts of federal government abuse in a generation or more.

Imagine sitting at a table looking into the malignant eyes of federal prosecutors who are threatening your family. They offer a deal. Give yourself up and possibly save your son, the father of your just-born grandchild.

Even a man of General Flynn’s internal toughness would buckle under such pressure.

He took the deal – a deal that must have felt like it was being given at gunpoint, except the gun was being aimed at the general’s family.

It’s that kind of police-state federal authority President Trump has been fighting against since becoming President. He has been succeeding in taking power away from the Deep State and giving it back to the American people and in doing so has become enemy #1 of the Big Government fascists.