Old, white, and crazy. That’s the Democrat Party circa 2020 as the remaining far-left candidates jostle for attention on a still-crowded stage of presidential nomination hopefuls.

It’s a party that lacks diversity of skin tone as much as political thought, run by radical elders with a penchant for attacking any and all who might oppose them, including those of color. 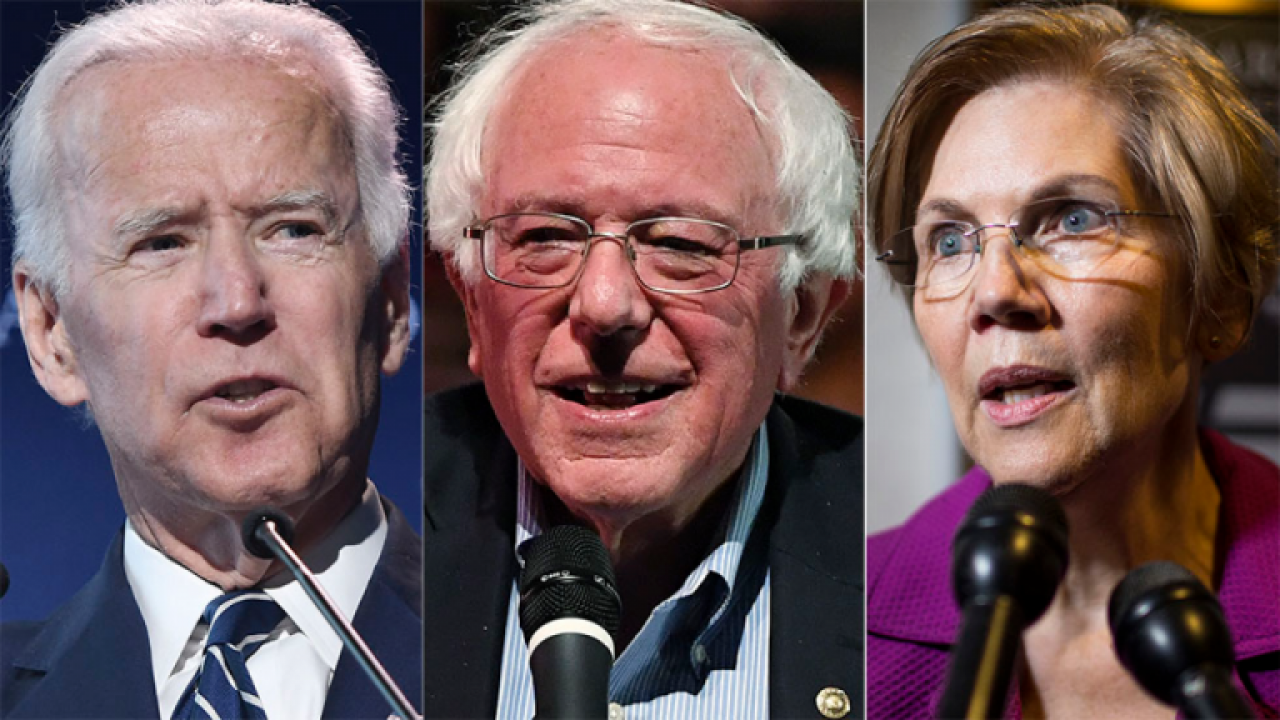 “The “Our diversity is our strength!” Party is starting to look rather monochromatic in its upper echelons these days.

The four leading candidates for its presidential nomination — Joe Biden, Elizabeth Warren, Bernie Sanders and Pete Buttigieg — are all white.

The six candidates who have qualified for the Dec. 19 debate — the front four, plus Amy Klobuchar and Tom Steyer — are all white.

The chairs of the House Intelligence and Judiciary Committees managing impeachment, Adam Schiff and Jerry Nadler, are both white. And as Congressman Al Green railed Wednesday, all three experts Nadler invited to make the Democrats’ case for impeachment were white law professors. How come?

Absent affirmative action by the DNC, neither Cory Booker, the leading black candidate for the nomination, nor Julian Castro, the leading Hispanic, will be on the stage Dec. 19.

…And before Biden gets there, he has other problems.

His “No Malarkey” bus tour across Iowa is all about his fear that, if he loses Iowa on Feb. 3 and New Hampshire on Feb. 11, he may not survive to reach his South Carolina firewall on Feb. 25.

Though he leads in the national polls, Iowa and New Hampshire polls have Biden running as low as fourth. Never has a candidate contested and lost both those states and then gone on to win the nomination.

Nor are these Joe’s only problems.

Call them what you will — gaffes, mental lapses — his repeated verbal miscues, some of which have caused debate rivals to laugh out loud at Joe, are a cause of alarm among Democrats who fear a Biden-Trump TV debate could produce a debacle for their man.

Nor are the other front-runners without racial-ethnic problems.

African Americans are a bedrock constituency of the Democratic Party. In recent presidential elections, they have voted 90% for the party’s nominee, and even higher for Barack Obama.

How is Mayor Pete doing with this constituency?

While running first in some polls in Iowa, his share of the African American vote in South Carolina, in a recent poll, was zero. Buttigieg had no black support in a state where African Americans constitute more than 60% of the Democratic vote.

Bernie Sanders, an unapologetic socialist who went to the Soviet Union, Reagan’s “Evil Empire,” for his honeymoon, is holding on to half of the loyal base from his impressive 2016 race against Hillary Clinton.

The other half of Bernie’s base, however, has been captured by Warren. In October, she took the lead in national polls, only to lose that lead when she could not explain how, without major new taxes on the middle class, she could abolish private health insurance and put the entire country on the Medicare rolls.

Now, with the arrival of moneybags Mike Bloomberg and his tens of millions of dollars in ads, almost certain to reach hundreds of millions before Super Tuesday, there is the possibility that four or five candidates will survive to the convention, with no one having a majority of delegates. And the horse-trading will begin.

My view: Super Tuesday will cut the field to two or three. And the nominee will be one of the six palefaces on the stage Dec. 19.