As more and more information becomes public so too does it become increasingly clear that the former Obama administration was engaged in a Gestapo-like spy ring on opposing political opponents and then pushed for the nullification of the 2016 Election that their own political party lost.

The term “Deep State” is no longer mere conspiracy fodder but a real-world reality and it appears perhaps Barack Obama himself was a more-than-willing participant in what is perhaps the single greatest political scandal in American history. 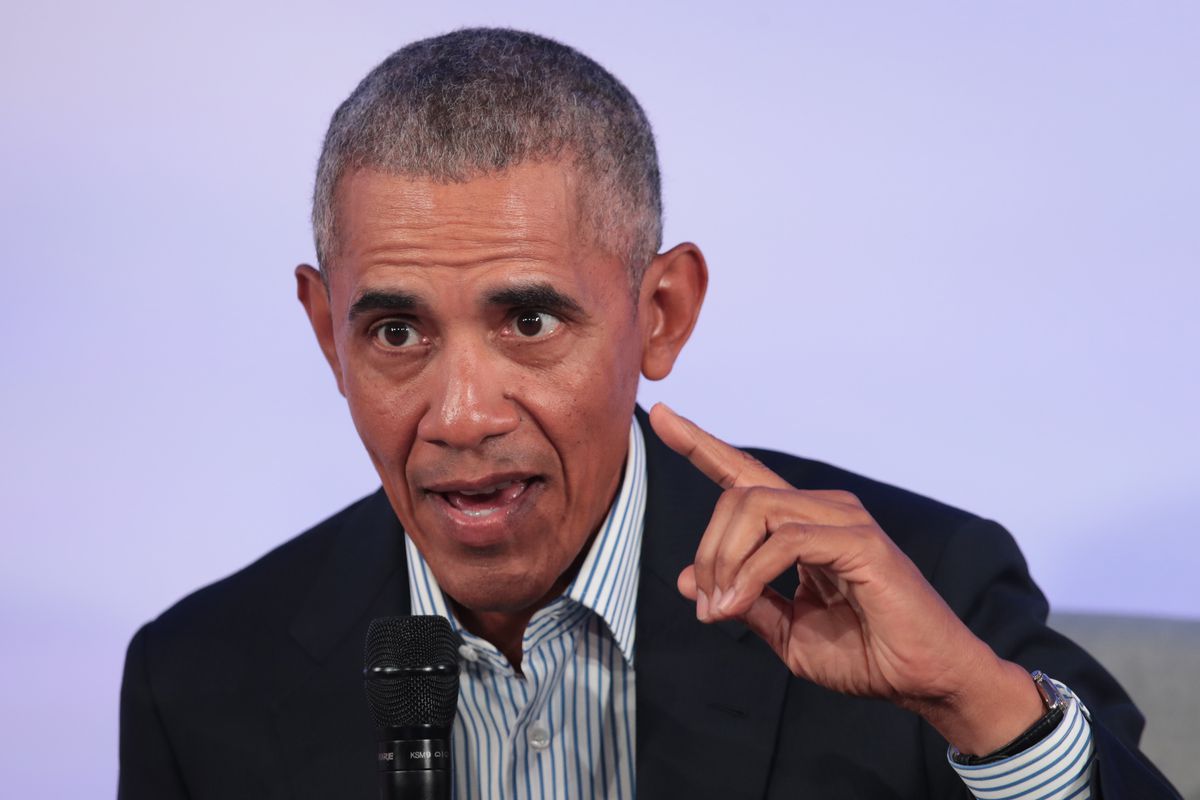 There’s no reason to ignore the mounting evidence that Obama administration officials were corrupt in their handling of the Trump–Russia investigation.

Those sharing #Obamagate hashtags on Twitter would do best to avoid the hysterics we saw from Russian-collusion believers, but they have no reason to ignore the mounting evidence that suggests the Obama administration engaged in serious corruption.

Democrats and their allies, who like to pretend that President Obama’s only scandalous act was wearing a tan suit, are going spend the next few months gaslighting the public by focusing on the most feverish accusations against Obama.

But the fact is that we already have more compelling evidence that the Obama administration engaged in misconduct than we ever did for opening the Russian-collusion investigation.

It is not conspiracy-mongering to note that the investigation into Trump was predicated on an opposition-research document filled with fabulism and, most likely, Russian disinformation. We know the DOJ withheld contradictory evidence when it began spying on those in Trump’s orbit. We have proof that many of the relevant FISA-warrant applications — almost every one of them, actually — were based on “fabricated” evidence or riddled with errors. We know that members of the Obama administration, who had no genuine role in counterintelligence operations, repeatedly unmasked Trump’s allies. And we now know that, despite a dearth of evidence, the FBI railroaded Michael Flynn into a guilty plea so it could keep the investigation going.

What’s more, the larger context only makes all of these facts more damning.

His CIA director, John Brennan, oversaw an agency that felt comfortable spying on the Senate, with at least five of his underlings breaking into congressional computer files. His attorney general, Eric Holder, invoked the Espionage Act to spy on a Fox News journalist, shopping his case to three judges until he found one who let him name the reporter as a co-conspirator. The Obama administration also spied on Associated Press reporters, which the news organization called a “massive and unprecedented intrusion.” And though it’s been long forgotten, Obama officials were caught monitoring the conversations of members of Congress who opposed the Iran nuclear deal.

…What makes anyone believe these people wouldn’t create a pretext to spy on the opposition party? If anyone does, they shouldn’t, because on top of everything else, we know that Barack Obama was keenly interested in the Russian-collusion investigation’s progress.

Skeptics like to point out that the Obama administration had no motive to engage in abuse, because Democrats were sure they were going to win. Richard Nixon won 49 states in 1972. His cronies had no need to break into the DNC’s offices and touch off Watergate. But as the FBI agents involved in the case noted, they wanted to have an “insurance policy” if the unthinkable happened.

In 2016, the unthinkable did happen, and we’re still dealing with the fallout four years later. We don’t know where this scandal will end up, but one doesn’t have to be a conspiracy theorist to wonder.

The similarities between the Nixon and Obama administrations are considerable given both suffered from an alarming degree of “you can’t touch us” arrogance. It’s hardly a stretch to imagine the same elitist mindset that ultimately toppled the Nixon White House had become a fixture of the Obama White House as well. The primary difference was that Nixon had a strongly adversarial media intent on seeing him fall while Mr. Obama enjoyed near-unanimous support of the far-left media that endeavored 24/7 to protect his administration from real/unbiased scrutiny because such scrutiny would no doubt have uncovered some very serious wrongdoing.

Will Obama-era officials actually be held accountable for what they did – namely dragging America through the partisan mud via the Russia hoax that became the Ukraine hoax that became the impeachment hoax that was all an attempt to illegally nullify the results of the 2016 Election that they lost?

Many doubt it as it seems the D.C. elite are allowed to live and thrive under very different rules than the rest of us.