This week a story broke which involved a high school cheer squad being put on probation for taking a photo in front of a pro-Trump sign. Trump supporters are now asking some very valid questions regarding how rampant support by and within our public schools for Barack Obama was widely accepted but similar support for President Trump is so quickly punished. This becomes an even more valid question when you compare how favorably the Trump administration has been to minority communities all across America compared to how disastrous the eight years of Barack Obama was for those same minorities. Unemployment is down, crime is down, job creation is way up, homeownership, start-up businesses by female minorities, and on and on does the Trump record of success go and yet schools are so determined to condemn students for showing support for the President of the United States. It’s that kind of blatant political bias that is further dividing the country. It shouldn’t matter if it’s Barack Obama or Donald Trump if students wish to show support for their president that’s a good thing, right? 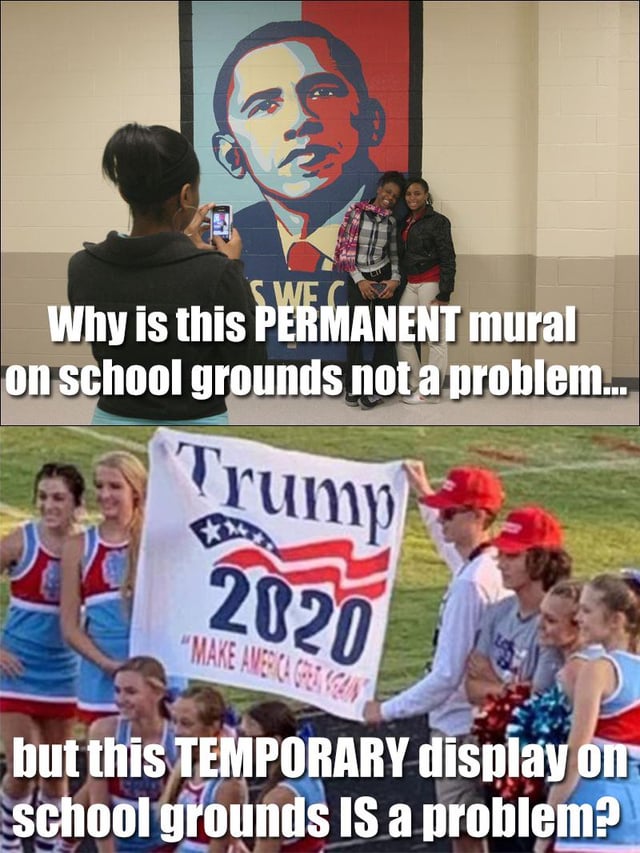