It would be very difficult to win the White House without first winning Pennsylvania, Wisconsin, and Michigan, and as of right now, President Trump is beating all Democrat presidential candidates in those three critical battleground states – a lead which has improved greatly for the president since House Democrats unleashed their bizarre impeachment hoax attempt which is now being rejected by a majority of the American people. 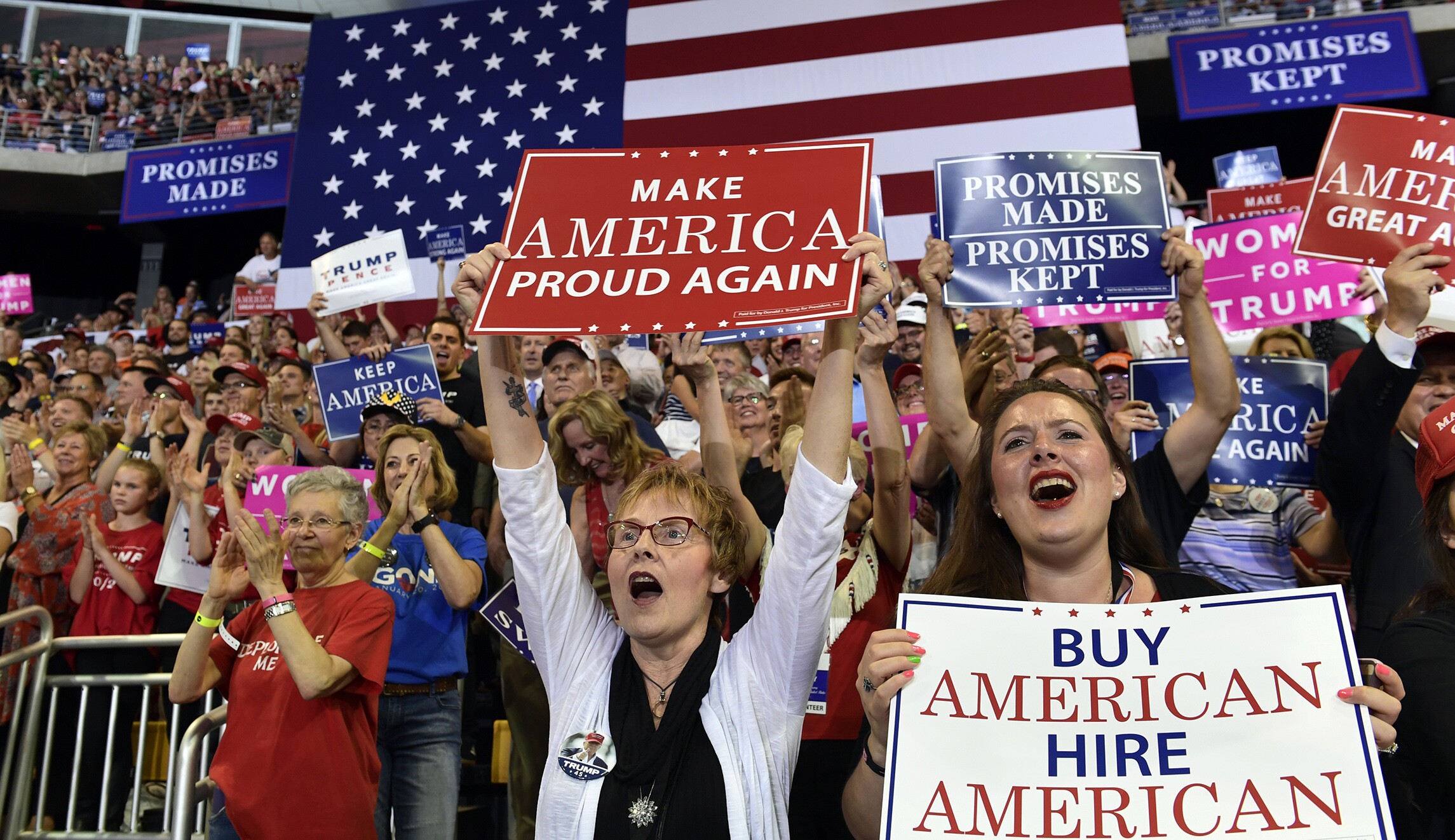 You don’t need a high opinion of President Trump to have a low opinion of the current partisan impeachment process. The reaction of Republican Texas Rep. Will Hurd to the impeachment hearings so far serves as evidence of that. More on Hurd later — suffice it to say that he is retiring and outspokenly unhappy with Trump, and he’s also not impressed with impeachment.

It seems a lot of voters feel the same way. Because Trump remains unpopular in every poll I’ve ever seen, but another set of polls is out showing him running really well — frighteningly well, in fact. The new Firehouse Strategies polls out today complement the recent New York Times polls showing Trump taking leads over most of the potential Democratic nominees in such key states as Florida, Wisconsin, and Michigan.

This time, Trump is leading Biden and all other Democratic comers in Michigan, in Pennsylvania, and in Wisconsin. This data point is consistent with the idea that Democrats took things too far with their visceral hatred for the president.

Firehouse is a Republican firm, and these Trump leads are unusually large — for example, nine points over Biden in Wisconsin? Yet this is confirmation of what the earlier set of nonpartisan polls seemed to hint at. If the 2016 election taught me anything, it is to distrust polls, but even more to distrust conventional ideas about what the polls should say (“why aren’t I fifty points ahead?”)

If people in swing states are getting sour over impeachment, then Democrats and liberals are completely oblivious to the danger they’re in. They seem deluded into thinking that they’ve got Richard Nixon on their hands. But people widely viewed Nixon as corrupt, across party lines, because he really was corrupt. That’s why a bipartisan consensus formed to impeach him.

In contrast Trump … well, he’s just Trump. You don’t have to like it, but temporary impoundment of funds is a very weak argument for impeachment, and the abuse of power charge is certainly at least debatable. If people react negatively to this exercise, again, because it’s completely partisan, then it shouldn’t really come as that much of a surprise.