Just three months ago he was the clear frontrunner.

Today, Joe Biden is barely hanging on as the (chaotic) caucus results in Iowa point to voter apathy toward his campaign even as the DNC tries desperately to slow down the momentum behind the Bernie Sanders campaign.

Joe Biden flopped in Iowa. And so did the Democratic party’s reputation

If you’re the type of person who thinks the Democratic party is a creaking, incompetent entity whose leadership needs overthrowing, the Iowa caucuses certainly validated your point of view. None of us knew who would win, but we had at least expected a result. We didn’t get one, at least not on caucus night. State Democratic party officials announced that due to “quality control” issues, release of the result would be indefinitely delayed. On a conference call with representatives of the candidates, party officials hung up the phone when asked when the totals would be released.

So what do we know? Well, one thing we can say confidently is that “frontrunner” Joe Biden flopped. There were places where Biden didn’t even meet the 15% threshold needed to maintain viability from the first round to the second round – at one caucus site, the attorney general of Iowa had to switch from Biden to Buttigieg when Biden was disqualified. It explains why Biden’s surrogate John Kerry was heard on the phone the other day asking whether it would be possible for him to enter the race at the last minute to save the Democratic party from being conquered by Sanders.

Internal numbers released by the Sanders campaign, showing results from 40% of caucus sites, showed Sanders winning with approximately 30% of the vote, Pete Buttigieg coming in second with 25%, Elizabeth Warren third with 21%, and Joe Biden a very distant fourth with 12%. If those numbers match the ultimate totals, they are great for Sanders and absolutely horrific for Biden. Sanders will have kicked the crap out of the frontrunner, Barack Obama’s former vice-president and the man most favored to win the nomination. It would be a stunning upset.

But Biden caught a lucky break. With the party not releasing the actual result, his campaign sent a letter demanding that the result be suppressed until such time as the “quality control issues” were resolved. If it takes long enough to get the official count, Biden may hope that Iowa is old news, or that the issues surrounding the caucus are discussed far more than the actual result. (That’s one reason we need to make sure we don’t get bogged down too much in talking about the procedural issues rather than the actual outcome.)

…If you’re a Sanders supporter, you have reason to be suspicious. We had already seen the Des Moines Register suppress the results of its “gold standard” poll on the eve of the election, after a complaint from Buttigieg. And with 0% of caucus results in, Buttigieg declared himself “victorious”, praising the “incredible result” and saying Iowa had “shocked the nation”. The only thing that had shocked the nation at this point was Iowa’s total inability to perform the relatively simple task of counting people’s votes. But Buttigieg, good McKinseyite that he is, was getting a head start on deploying the PR spin.

For Sanders supporters, being denied a rightful victory in Iowa gives feelings of déjà vu. In 2016, Sanders may well have won Iowa, possibly by a lot, but the state party did not release the vote totals. Instead, it only released delegate numbers, which showed Bernie narrowly losing the state “701-697” to Hillary Clinton. The delegate numbers are calculated strangely (this time around, in one precinct, Sanders beat Buttigieg 111 votes to 47 votes in the “first alignment” but both ended up with two delegates). If the vote totals had been known in 2016, it might have been clear Bernie had won. With his New Hampshire victory shortly after, Clinton would have been seen as losing the race, and the whole election might have turned out differently. That’s why, this time around, the Sanders campaign ensured that the vote totals would be released (and took a count of its own for good measure). This time, if he wins, everyone will know … eventually. 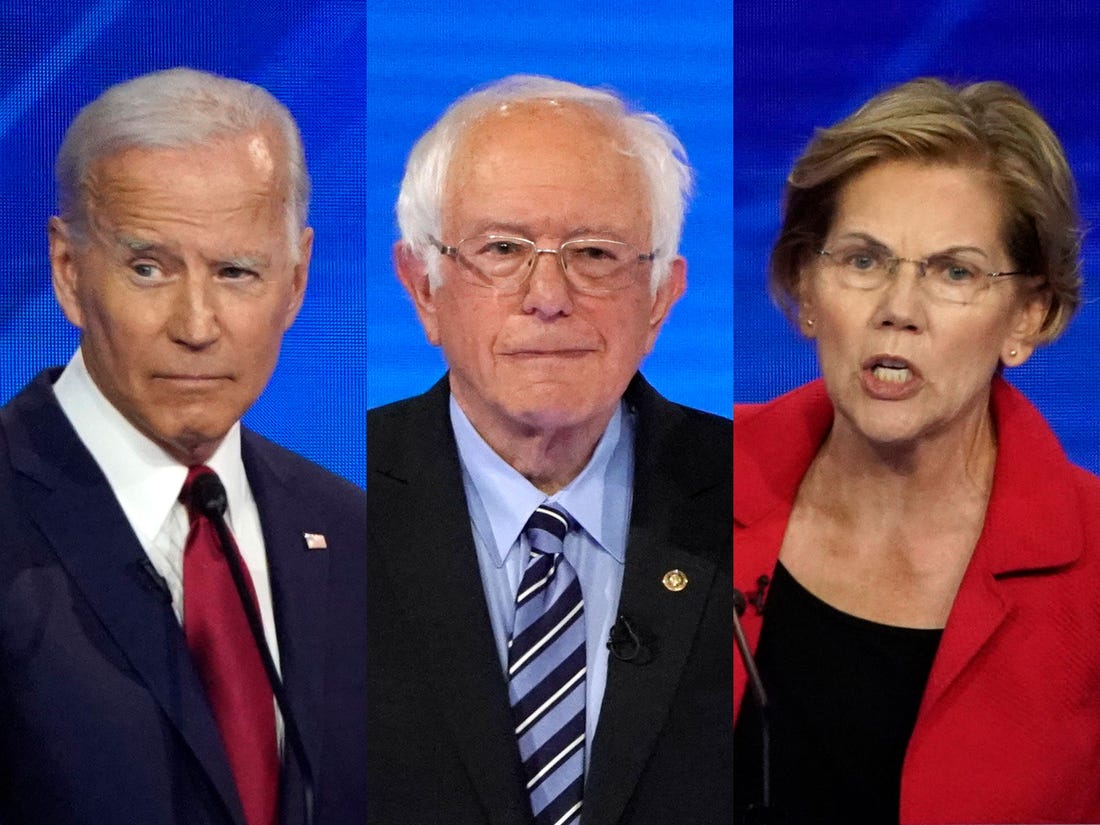