It wasn’t supposed to be like this. Certainly not after 24/7 anti-Trump media manipulations that would have Latino voters believe President Trump isn’t looking out for them.

Ah, but reality is exposing those media fabrications with record-low Latino unemployment and record-high financial opportunity.

This is leaving Democrat presidential candidates like Joe Biden increasingly panicked and wondering what to do about it. 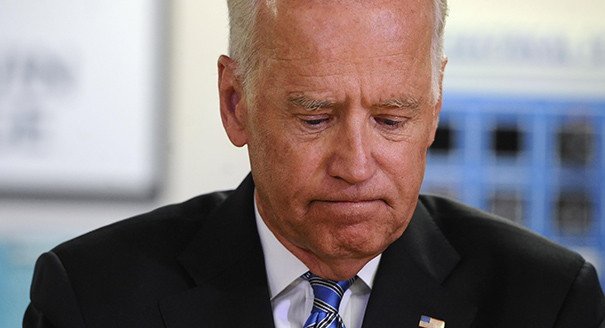 Latinos Have Little Love for Joe Biden. Are Dems Headed for a Brokered Convention?

New polling shows that former Vice President Joe Biden is struggling mightily with Latino voters. Although he’s doing OK among white, Asian, and black Democrats, Hispanics don’t want to have anything to do with the man. And that spells trouble for him.

According to recent Insider polling, 55 percent of white people who say they’ll vote in their state’s Democratic primary say they’re satisfied with him. His support among Asians is almost the same, with 54 percent. Among African American Democrats his support is truly high: 66% approve of him.

It’s a different story with Latinos, however. His approval rating among them is a paltry 40 percent. As Business Insider explains, this is likely to hurt him “in two of the most important presidential primaries next year in Texas and California.” These two states have the largest numbers of eligible Latino voters in the entire country… and California’s primary will be held on Super Tuesday, March 3.

What makes this even more troubling for Biden is the fact that President Trump is doing increasingly better among Latino voters. That’s going to be very interesting next year if Biden does indeed end up the Democratic presidential nominee with low approval ratings for Biden, relatively high approval ratings for Trump among ethnic minorities.

It seems that his continued support for President Obama’s deportation policies is one of Biden’s problems among Latinos. What’s more, Latino primary voters are, on average, younger than most other primary voters; Biden has a larger problem with Millennials.

From the looks of it, then, Biden could have a very difficult day on March 3, Super Tuesday. Yes, he will do well in some of the early voting states, but if he underperforms in big states like California and Texas, he’ll have a hard time getting enough delegates to wrap this thing up. Are Democrats on course for a brokered convention?