Post Election Report: Republicans Win Big, Lose A Little, And Are Poised To Take Back The House In 2020

Ah, like rain is wet so too is the far-left media’s back-bending post-election night spin that would attempt to have people believing the Republican Party is all but finished.

Actually, it was a pretty good night overall for Republicans (and President Trump) and a much worse night for Democrats. 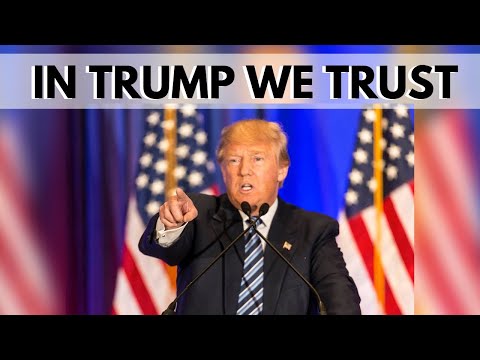 Republicans swept nearly every election in Kentucky. While the race for governor remains too close to call – but leaning Democrat, the incumbent was highly unpopular and polling well below 40% up until a rally for him by President Trump actually made the race competitive. And it should be noted that the Democrat candidate for governor is cut from the old-school Democrat cloth and is a far cry from the radical, anti-American left-wing that has taken over the party on the national stage. (The far-left media neglects to report that fact.) Andy Beshear is pro-coal and pro-gun rights and chose a running mate who is pro-life. Not exactly an AOC Democrat is he?

Governor Bevins, on the other hand, was highly unpopular with most Kentucky voters, including Republicans. If not for the intervention of President Trump he likely would have lost by double-digits. If anything, the closeness of the final vote is a testament to the power of a Trump endorsement.

New Jersey you say? That’s right. Even though the far-left media is ignoring the stunning pickups by Republicans (+6) last night, Jersey voters made it clear they have tired of the increasingly leftist bent of Democrats. The state Democrat Party is rather stunned by the outcome and likely hoping to make a comeback in 2020.

Granted, it’s Mississippi, one of the most conservative states in the country, but the fact Republicans performed so well, as expected, signals there is not the “Blue Wave” threat that the media is pretending exists.

Virginia’s state Republican party is starting to look a lot like its California counterpart – weak, feckless, and much too quick to give up ground. Although it should be noted much of the Democrats’ rise has been consolidated in the urban and surrounding suburban centers where voter turnout percentages appear oddly strong in Democrat-friendly places like Fairfax County, a trend that began in earnest during the Obama years and continues today where nearly as many Virginians voted in 2018, an off-year election, as did in 2016, a general election. That isn’t merely unusual – it’s downright bizarre. That is some truly remarkable (impossible) levels of Democrat voter turnout.

So, all in all, a reasonably good night for Republicans and one that was certainly a far cry from the “sky is falling for President Trump” spin being served up so urgently by the far-left media.

Will 2020 be an all-out political war? Absolutely.

Is President Trump looking good to be re-elected? Most honest and reliable measures of prediction say YES. And not only that, but with just 18 House Democrats seats needed to “flip” the House back to Republicans, and with more than DOUBLE that number of seats now open to that happening, the chances of a Republican-led Congress has increased significantly since 2018.

BUT, if that trend for the president is to hold he will need every single member of his millions-strong Trump Army ready to go in the months and weeks leading up to Election Day.