President Trump Is Taking On Big Medicine To Protect YOU, The American People…

Did you know the Trump administration has been working hard to bring more transparency to health care? Probably not given the far-left media has largely been ignoring the effort because it might lead to some very hard questions regarding how the previous administration (Obama) was in cahoots with Big Pharma, Big Insurance, and other entities of the healthcare industry in helping to force Obamacare onto the American public. In short, the Obama White House promised BIG PROFITS (funded by you, the taxpayer) to these powerful groups and that has since been exactly what has happened. Less choice for the patient, more expense for the patient, and more profit for the big business that is the U.S. healthcare industry.

President Trump is trying to put the power back into the hands of the patients. Big Medicine is fighting him tooth and nail over it.

Hospitals are suing the federal government to keep their prices secret. https://t.co/n9NHkY7Iwr

Obamacare did nothing to introduce free-market healthcare – it did just the opposite by forcing a one size fits all approach while at the same time adding hundreds of billions in what amounts to government subsidies to the drug and healthcare industries. The one who has paid the highest cost by far for this atrocity is you and your loved ones, resulting in more high-cost tests, drugs, etc., without an overall improvement in quality of life. It also ushered in the deadly era of prescription drug addiction that has since impacted nearly every family in America – but that’s another subject for another time. Needless to say, Obamacare has a great deal of blood on its hands.

President Trump is among the very few in Washington D.C. working hard to change that. 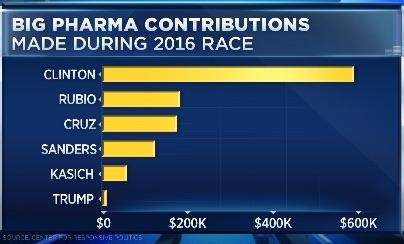