It was September 8th, 1974. President Gerald Ford, wanting to unify the nation and bring an end to the “national nightmare” that was the long-running Watergate impeachment process, pardoned former president Richard Nixon. Is history once again prologue?

Fast-forward to 2020. Will President Donald Trump soon be faced with a similar pardon scenario for his presidential predecessor, Barack Obama? As stunning as it sounds that possibility is much more likely than anyone in D.C. and the far-left media will publicly admit but make no mistake, they are all talking about it privately.

Check out the shot across the bow that Mr. Obama’s former intelligence director James Clapper fired off earlier this week: 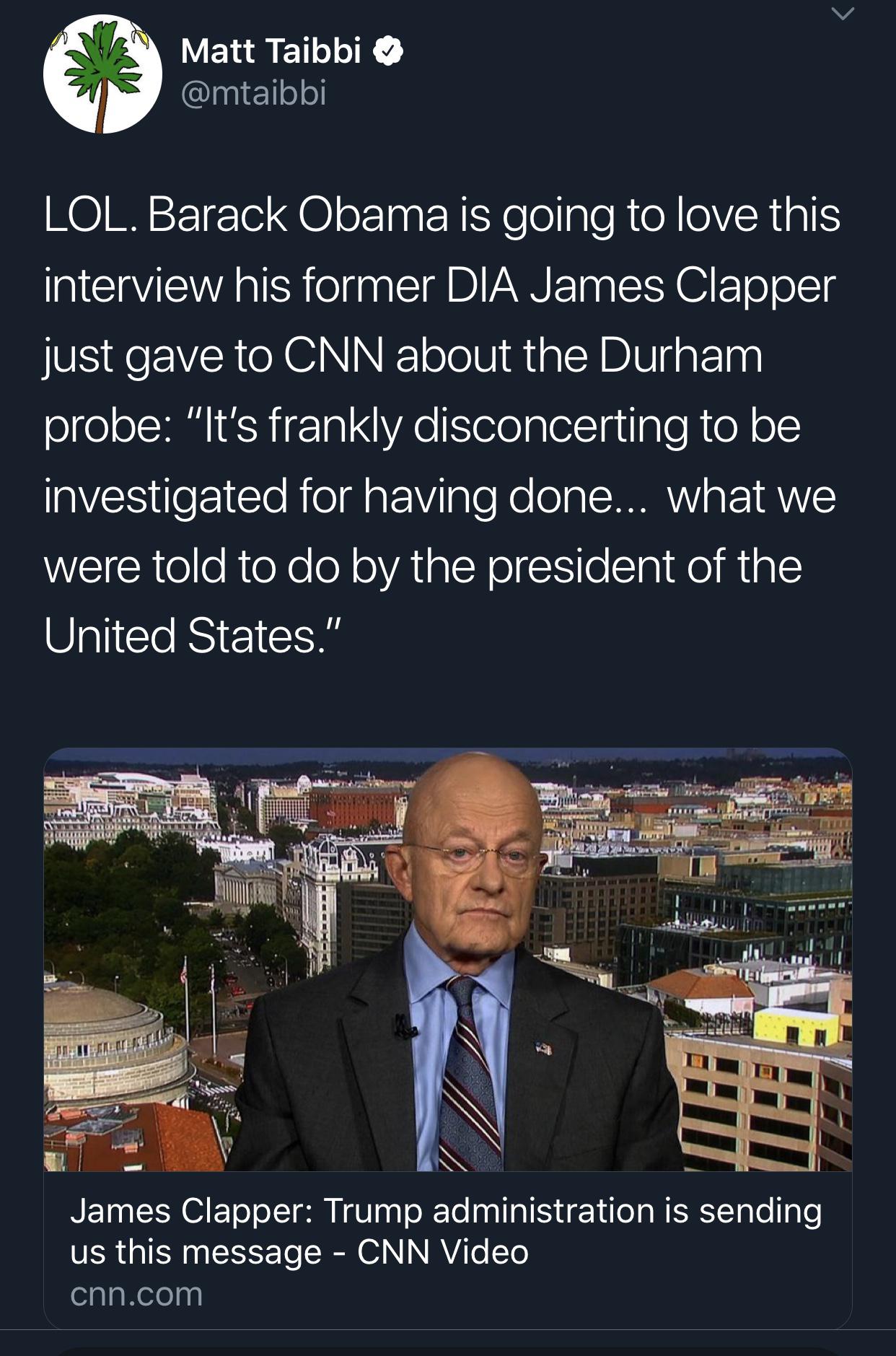 This is a classic Deep State push back. Mr. Clapper, who no doubt knows more than most regarding the election meddling that went on in 2015 and 2016 that was then followed by the attempted coup to remove President Trump in 2016 and beyond, is laying the entire operation at the feet of one Barack Hussein Obama.

“We were just following orders” is not a defense nearly so much as an offensive move to let the greater powers know they will not be left swinging for crimes approved by higher-ups and that is exactly what Mr. Clapper did with the above commentary.

You can bet it got the attention of Mr. Obama. 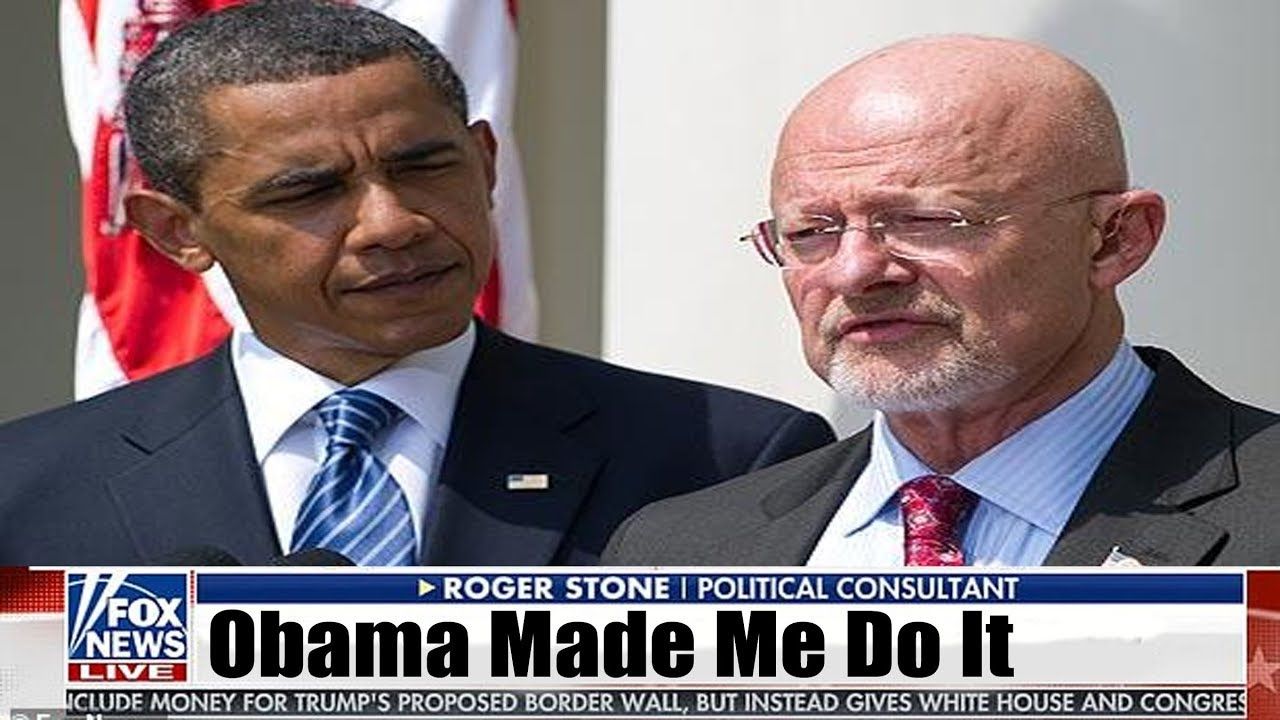 First will come the IG report on the rampant and highly illegal FISA abuses. This is set to drop in November. That report will no doubt be highly redacted by Deep State officials desperate to keep a lid on what is likely decades of malfeasance by our various intelligence agencies. Don’t count on any AH-HAH moments from the IG report but it will help to build the foundation for what will soon follow – federal prosecutor John Durham’s criminal investigation into who orchestrated what could very well be one of the greatest political scandals in U.S. history — the attempted manipulation of a national election and subsequent attempts to illegally remove a sitting president from office.

There are likely so many layers to the scandal with such far-reaching implications it will leave an entire nation stunned should it be fully revealed. And yes, it has the potential to ensnare the likes of James Clapper, John Brennan, James Comey, Hillary Clinton, and Barack Obama. That was Clapper’s message to the others this week. He has no intention of taking the fall. It was also a message to the entirety of the D.C. establishment. Either they snuff this investigation soon or Americans, once fully aware of the depth of corruption and manipulation that has been going on for so long, might rise up and declare NO MORE. Imagine 30 or 40 million citizens deciding en masse to no longer pay taxes to such corruption. The impact upon the status quo, the Deep State, the D.C. swamp, would be devastating.

Should the Durham investigation proceed to the point of actual indictments as it now appears poised to do, the level of panic up and down the corridors of American power will be off the charts. It is then the deeply entrenched power brokers will come to President Trump and beg that he end the madness that would be the result of full disclosure.

Did Barack Obama weaponize the various intelligence agencies and work with foreign powers to see Hillary Clinton put into the White House and Donald Trump destroyed?

James Clapper hinted this week that the answer to that is YES. It is an answer that then involves not only the term conspiracy but treason as well.

The considerable weight of truth has to be remarkably heavy on the broad shoulders of President Trump. It will be fascinating to watch all of this unfold and more than a little scary… 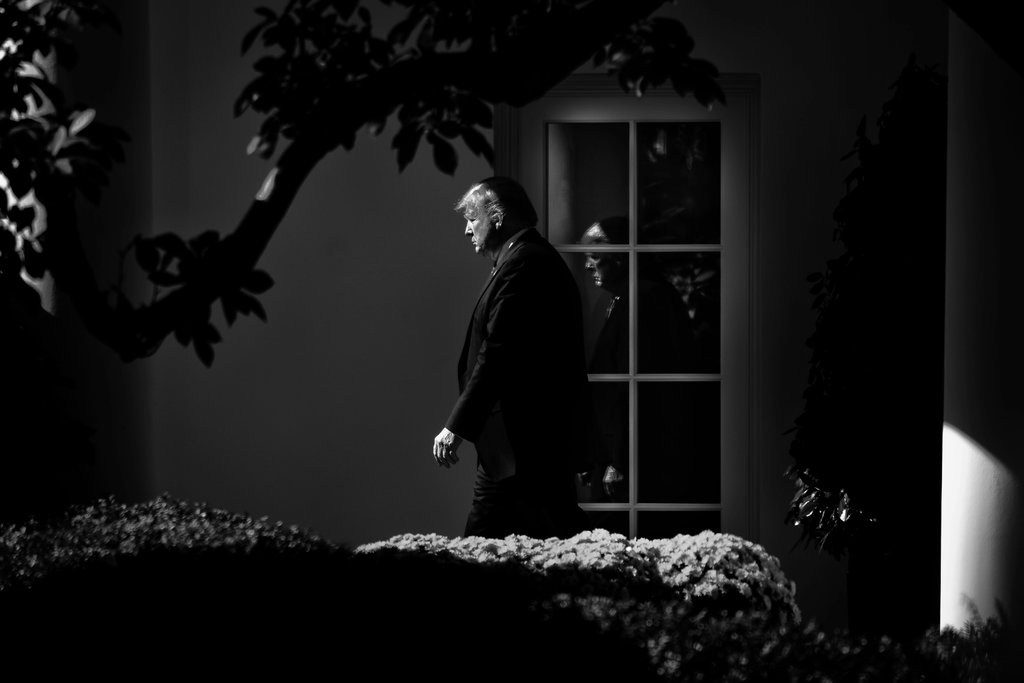