REPORT: Americans Across Country Embrace Patriotism During Coronavirus: ‘Put the Flag Up’

There is growing fear over the increasing uncertainty of just how damaging the media-generated coronavirus panic will become but there are also positive signs of unity and strength from everyday Americans who, unlike certain members of Congress, realize that we are all in this together. 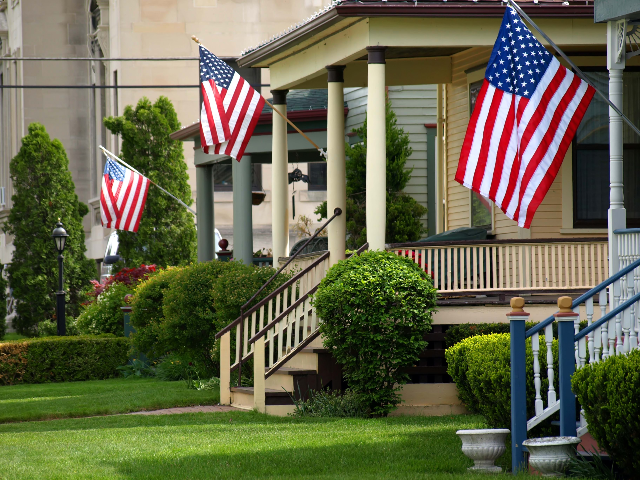 Many Americans across the country are turning to patriotism to find hope during the coronavirus outbreak.

Ohio Gov. Mike DeWine (R) called on his constituents to rally around Old Glory during a Friday press conference.

Joe Riccio is the kind of person who, after a big storm, goes up and down much of his Town of Tonawanda street, snowblowing the sidewalks in front of his neighbors’ homes.

So when he heard Erie County Executive Mark Poloncarz on TV the other day urging people to put up an American flag in a show of Covid-19 inspired solidarity, he thought bigger than just his own lawn.

Riccio on Thursday planted small flags in the front yards of every house on Kenton Road, a one-block street between Delaware Avenue and Delaware Road that runs into Kenmore West High School.

I was just trying to show that we’re unified, we’re all in this together,” 70-year-old Riccio told the paper.
Boy Scouts in Hamilton, Michigan, placed flags in front of area businesses.

“You turn on the TV and people are talking about staying home, things shutting down, people are getting nervous,” scout master David Nevins told Fox 17. “There’s a lot of uncertainty and I think this is a way to make people feel better.”

But not all are finding pride in America at this time.

The United States of America is a weak country. All the flag-waving, patriotic speeches and obtuse declarations of superiority have long seemed overly conspicuous — and history has no sympathy for the delusional. It continually exposes the vulnerability, fragility and inanity of a nation that has the wealth, resources and human intelligence to cultivate a magnificent civilization, but repeatedly sacrifices the common interest and public good on the altar of avarice.