If you thought the 2016 election cycle was intense just wait until 2020 really gets going – and the choices could never have been more clear and more different for America. 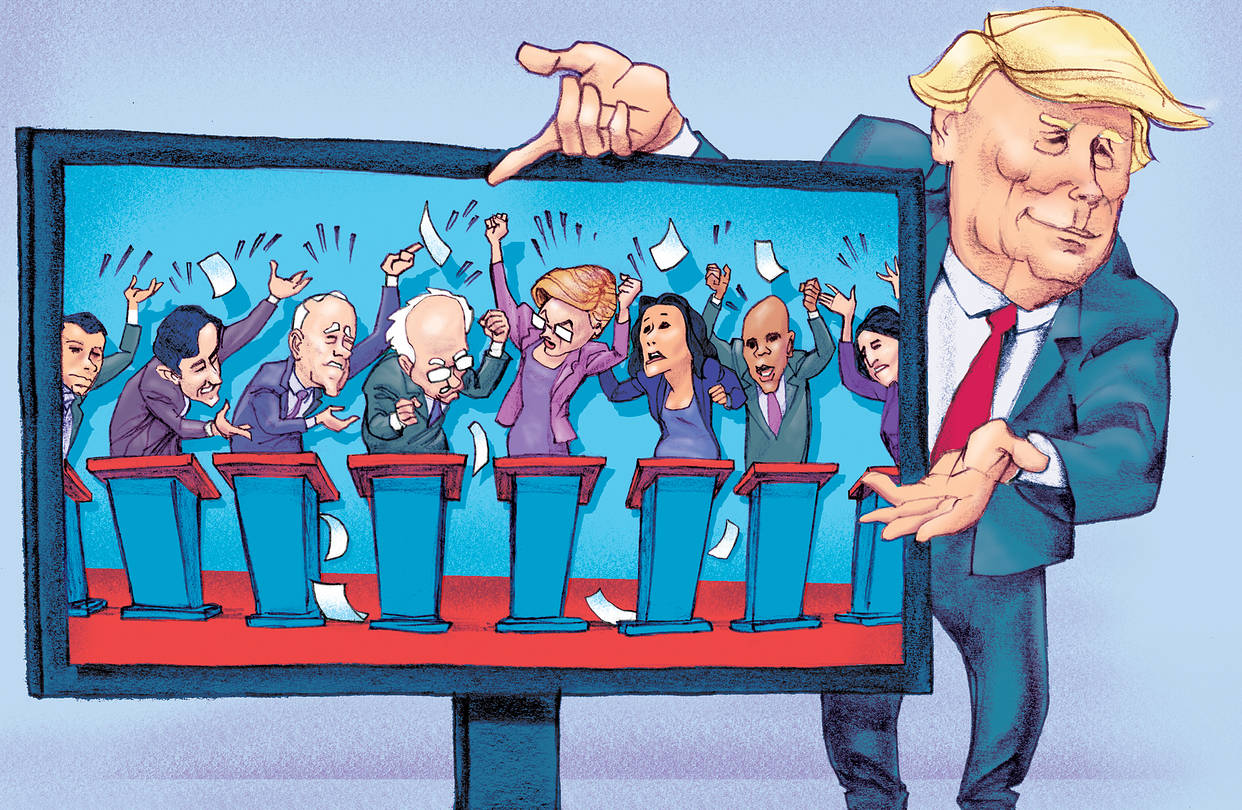 It may be a new year and a new decade, but it looks like Democrats are determined to continue their descent into utter foolishness. As we approach the 2020 presidential election, voters will weigh policies and opinions that have been pushed by the party’s far-left flank. In this country, where 70 percent still self-identify as “conservative” or “moderate,” that is unlikely to turn out well for Democrats.

Even President Obama has warned that Democrats’ uncompromising push for political correctness, amplified by social media, has led their party to a difficult and dangerous place.

…Democrats have become a party of such judgment and omniscience, that they brook no contravention. They have made their tent smaller and smaller, and allowed controversial and even preposterous policies to become mainstream Democratic doctrine.

By the way, Obama contributed to this process.

To indicate just how far left Democrats have travelled, consider that progressives believe:

**That releasing criminals from jail will make Americans safer.

**That eating less meat will reduce carbon emissions from China.

**That political contributions from GM are corrupt but those from the UAW are just fine.

**That you cure homelessness by shipping your homeless to other people’s cities.

**That math is too hard for kids to learn, because it is a byproduct of racist oppression.

**That raising taxes on businesses will help encourage more hiring and investment.

**That a government take-over of health care will improve care and cost the country less.

**That full-term abortion is perfectly ok.

Is it any wonder that Trump is leading most of his Democratic rivals in the heartland states where people still embrace common sense?

As we approach the 2020 election, the sheer nuttiness of Democratic proposals looms large. People don’t support Trump because they are racist or misogynistic. They support him because he lives in the real world, and they believe his policies are aimed at making the United States stronger and more prosperous.

These are people who talk about divorce, not “conscious uncoupling,” or about being single, not “self-partnering” as actress Emma Watson did recently. These are people who use traditional pronouns without embarrassment and who are likely to belong to a church or synagogue.

These are people who understand Trump. They think asking our wealthy NATO allies to shoulder a greater share of their defense budget makes sense, and that confronting China on its monstrous theft of American patents is long overdue.

These are people who will reelect President Trump in 2020.