Speaker Nancy Pelosi’s announcement that the House will formally consider President Trump’s impeachment has plunged America into a constitutional crisis.

Mr. Trump smartly released the rough transcript of his July 25 conversation with Ukrainian President Volodymyr Zelensky. It undermines Mrs. Pelosi’s claim (made after the transcript’s release but before she had read it) that Mr. Trump “asked a foreign government to help him in his political campaign at the expense of our national security.” Yet don’t expect the president’s act of transparency to deter Democrats who want him removed from office.

The president won’t be forced from the White House even if Mrs. Pelosi finds 218 votes for impeachment. Instead we would likely see a repeat of what happened to Bill Clinton: the House votes to impeach and the Senate falls well short of the two-thirds majority required to remove him.

…Sen. Elizabeth Warren and Rep. Adam Schiff could also come to regret recent comments. On Saturday Ms. Warren called for Mr. Trump’s impeachment for having “solicited another foreign government to attack our election system.” In a Tuesday fundraising email, Mr. Schiff accused the president of having “pressured a foreign leader to make up dirt on one of his political opponents.”

Both claims are irresponsible. They’re also hypocritical: In 2016 Hillary Clinton’s presidential campaign funneled money through a law firm to pay an opposition research firm, Fusion GPS, to hire a British former intelligence agent to reach out to his contacts in Moscow—Russian former intelligence agents—to ask for dirt on Donald Trump. The result was the now-discredited “Russian dossier.”

Neither Ms. Warren, Mr. Schiff nor any other major Democratic leader criticized Mrs. Clinton for “soliciting another foreign government to attack our election system” or inviting Russian intelligence to “make up dirt on her political opponent.”

NOTE: There are more than 30 House Democrat seats from districts that supported President Trump in 2016. These Democrats have now been put directly into the proverbial political firing line by the radical Democrats who appear hell-bent on tearing the nation apart with an impeachment vote against a president who to date, all evidence suggests he’s done nothing wrong. (Unless you count record unemployment, stronger defense, and a safer world, as impeachable offenses)

Should American opinion shift strongly against impeachment (as current polling suggests it will) Democrats could once again be on the outside looking in come 2020, punished for their hatred and vitriol and rightfully condemned to minority party status as President Trump enjoys a much-deserves second term and all because Nancy Pelosi lacked the spine and courage to tell the unhinged faction of her own party to sit down and shut up, leaving the American voter to do that task for her. 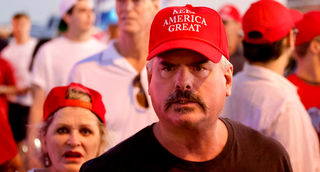