Nearly every economic promise made by President Trump has been delivered in a way almost none of the so-called financial “experts” thought would be possible.

And the group that is benefitting the most is undeniably the American Middle Class. 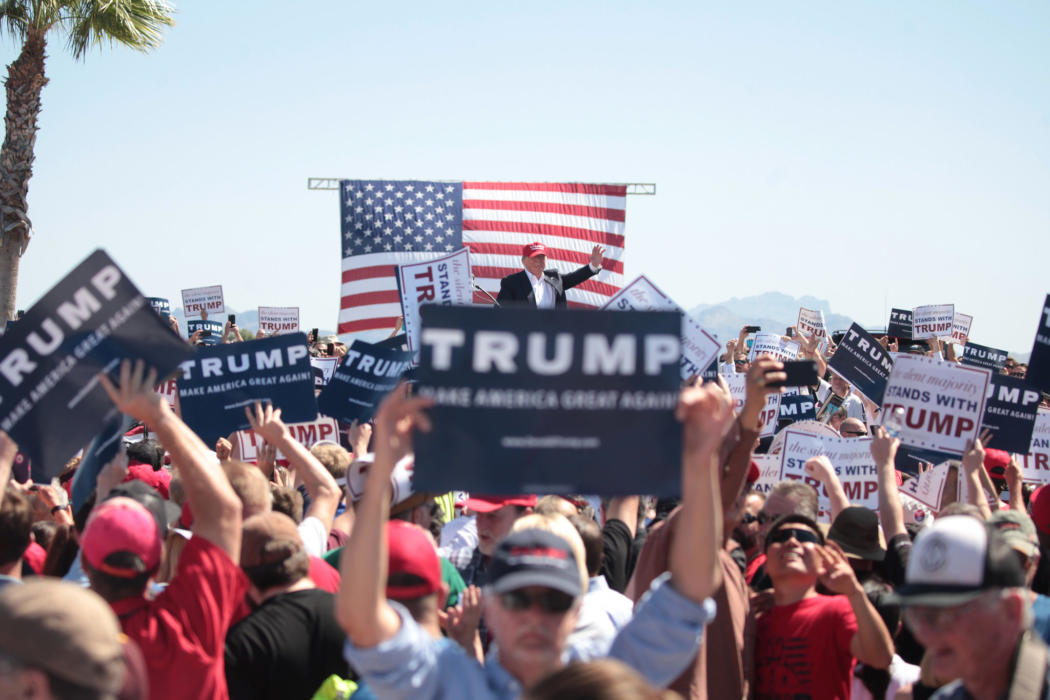 Democrats peddle doom, but the middle class never had it so good

These days when you listen to the gloom of the media and many of the presidential candidates you have to wonder what country these Debbie Downers are talking about.

Former Vice President Joe Biden recently declared “the middle class is getting crushed … and the working class has no way up.”

Sen. Bernie Sanders stews that President Trump’s policies have brought “handouts for billionaires and hunger for the poor.”

Mayor Pete Buttigieg claims that many working families are struggling so much financially they don’t have enough income to be able to “afford a two-bedroom apartment.”

The Washington Post says that Americans are awash in debt that they can’t repay.

Time out for a does of reality. If things are so bad, how is it that a new poll from CNN — hardly a network friendly to Mr. Trump, finds three of four Americans rate the economy as pretty good or really good.

We have become so rich as a nation that even most poor families can buy dolls and baseball bats and $100 Nike basketball shoes for the kids, and cellphones that have more computing power than every computer used to put a man on the moon.

t is nonsense to say the poor and the middle class are worse off than 20 or 30 or 50 years ago.

Go to any neighborhood Walmart or Target and you will see average and even low-income Americans — blacks, whites, Hispanics, Asians, teenagers, mothers with three kids, and seniors — filing out of the store with sometimes two or three shopping carts overflowing with toasters, and winter coats, and flowers, and games, and dog food, and stuffed animals, and potato chips, and video games, and every conceivable piece of merchandise — and all stuffed in the back of the minivan.

The rich are doing better for sure. Our wealth as a nation has now topped $100 trillion and the rich have a big slice of that. But well over half of all Americans own stock through 401k plans and other retirement savings. When the Dow Jones rises by 10,000 points in three years, it isn’t just Warren Buffett who feels the wealth effect.

This past year, median family income adjusted for inflation rose to $66,000 for the first time ever.

Think about that. In 90 percent of the world, an income of $66,000 is rich, rich, rich. The average household income in China — which is our major challenger for global supremacy — is less than $15,000. That’s one-fourth the level in America. There is an old saying that is more true today than ever: If you have to be poor, America is a good place to be poor.

For all of the constant talk about stagnant wages for the middle class since the 1970s, the average middle income household today has access to technology, entertainment, household appliances and health care that even rich people couldn’t buy in the 1960s. The folks at The Heritage Foundation have found that even poor families today are more likely to have access to things like air conditioning, dishwashers, televisions and lap top computers than middle class families did 50 years ago. These are the dividends from our free market capitalist economy.

As our old friend Arthur Laffer wisely reminds us, people don’t work to pay taxes. They work and earn income so that they can buy things — for themselves and for others. And we are doing just that. Barron’s just reported another blockbuster Christmas shopping season. So much for all the jibberish a few months ago about a recession. We are all spending more — because we have more.

Yes, of course, I know money can’t buy love or happiness. But let’s face it. More money is a lot better than too little. Prosperity is a wonderful thing.