REPORT: President Trump Gave Ukraine What Obama Didn’t – A True Ally In Its Fight Against Russia

There was never a quid quo pro because Ukraine wasn’t even aware a military aid package was being reviewed prior to disbursement. It really is that simple. President Trump was (legally) asking Ukraine for assistance in the ongoing investigation into 2016 Election shenanigans. It’s that request that has Democrats and the far-left media now so panicked because they are likely implicated in much of the illegality that was taking place via the Deep State effort to put Hillary Clinton into the White House – Deep State efforts that had to have included the approval of then-president Barack Obama. 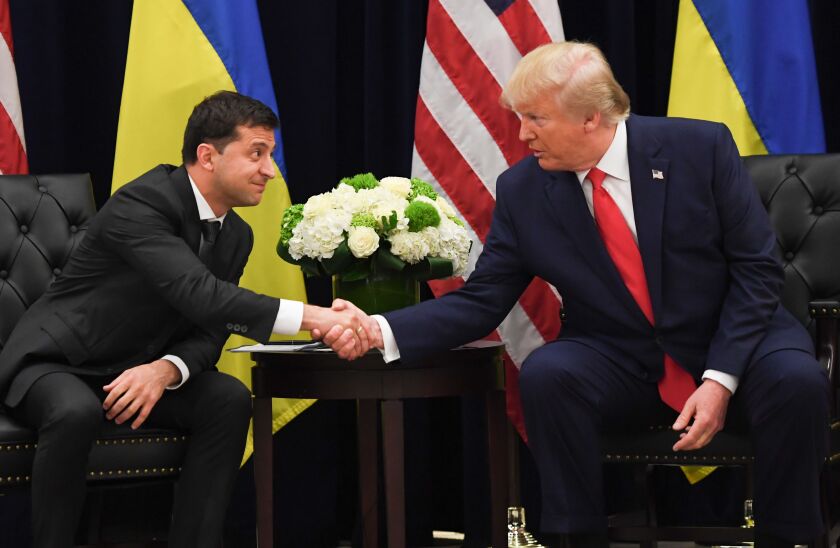 You can’t have a quid pro quo without the other party being aware there’s a quid and reports indicated the Ukrainian government was unaware that aid was allegedly being withheld to pressure them to dig up dirt on Trump opponent Joe Biden. And the aid wasn’t really aid, but was additional Javelin anti-tank missiles bought and paid for by Ukraine with its own money. But as long as we are on the subject of whether or not President Trump was jeopardizing U.S. national security by withholding military aid for political purposes, consider that almost as soon as Trump took office he had restored lethal aid to Ukraine that the Obama-Biden administration had cut off.

Flash back to 2012 when President Obama promised Russian President Dmitry Medvedev at the Nuclear Security Summit in Seoul, South Korea that after his re-election he would have more “flexibility” to weaken missile defense and otherwise weaken U.S. resistance to Russian ambitions and aggressions. 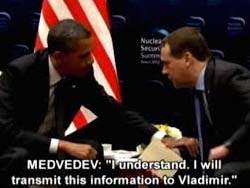 In March, 2009, Hillary Clinton had presented Russian Foreign Minister Sergei Lavrov with that infamous red “reset button” to symbolize improved ties, but the gift drew smiles as the word “reset” was mistranslated into the Russian for “overcharge” Something else was lost in the translation as well, apparently, as Russian, belligerence and intransigence continued.

Russian President Vladimir Putin’s seizure of the Crimean Peninsula from Ukraine in early 2014 was the direct result of Obama’s promised flexibility. The Obama-Biden administration effectively did nothing in response. That didn’t jeopardize U.S. national security? As the Washington Examiner reported:

Following Russia’s annexation of Crimea, Putin escalated support to separatists in eastern Ukraine that resided in areas with a majority of ethnic Russians. Reserve officers in the Russian military, who also had ties to the Russian military intelligence agency known as the GRU, commanded the rebels in attacks. By June 2014, the Ukrainian military said that Russia had massed more than 40,000 troops on Ukraine’s border and deployed about 7,000 to 10,000 Russian soldiers inside Ukraine.

Again, the Obama-Biden administration did nothing in response, in fact less than nothing as it denied lethal aid Ukraine was begging for. In 2017, Trump announced plans to reverse the policy of the Obama administration, which stood by silently when Putin’s Russia annexed Crimea and attacked Ukraine, and sell the Ukrainians lethal defensive weaponry, including anti-tank missiles designed to destroy Putin’s Russian tanks in the hands of separatist rebels:

President Donald Trump is expected to announce his approval of a plan to sell anti-tank missiles to the Ukrainian government, a move that would mark a significant escalation in lethal U.S. military support for Ukrainian forces battling Russian-aligned forces in the border region, four State Department sources tell ABC News…

The sale of anti-tank missiles, which could possibly include the U.S.-made Javelin system, provoked a strong reaction from Russia on Saturday, saying it “crossed the line,” and could threaten to derail Trump’s calls for better relations with Moscow.

This hardly fit the narrative of a Trump administration in thrall to the Kremlin. If anyone had been “colluding with the Russians,” it was the Obama-Biden-Clinton administration. President Trump, unlike President Obama, was well aware that it was Russian President Vladimir Putin’s expressed the view that the demise of the Soviet Union was one of the greatest disasters of modern times. His actions in Ukraine in conjunction with massive Russian rearmament showed his desire to reassemble the old Soviet Union:

In his annual address to parliament in 2005, old KGB boss emeritus Putin made the grotesque claim that the “demise of the Soviet Union was the greatest political catastrophe of the century,” demonstrating a nostalgia for what he considers the good old days.

Again, President Obama did less than nothing, sending only supplies worthy of a Boy Scout Jamboree rather than a sovereign nation resisting Russian aggression. Ukrainian President Petro Poroshenko in 2015 warned Congress that Russian actions in the Ukraine were the start of a new Cold War and that President Obama’s actions were inadequate:

On Thursday, Ukrainian President Petro Poroshenko gave a 40-minute speech to a rare joint session of Congress alerting lawmakers to the plight of his country under Russia’s creeping “Anschluss.”

Poroshenko once again pled for meaningful aid, including an affiliation with NATO, and warned that a new Iron Curtain may soon descend as Vladimir Putin tries to reassemble the Soviet Union whose demise he has publicly mourned…

In March, Ukraine asked for arms and ammunition, intelligence support, aviation fuel and night vision goggles. The Pentagon agreed only to provide the Ukrainians with supplies of U.S. military rations known as Meals Ready To Eat, or MREs.

This time Ukraine did not get much more than that — just some peripheral gear such as night-vision goggles and helmets. But once again it received no lethal aid that Poroshenko’s country desperately needs, such as requested anti-tank weaponry.

Poroshenko asked for things like anti-tank weaponry and in a bit of perhaps unintended sarcasm during an emotional speech to Congress, Poroshenko said that “blankets, night-vision goggles are also important” but that “one cannot win the war with blankets.”

House Speaker Nancy Pelosi has said it is grounds for impeachment that Trump jeopardized U.S. national security interests in Ukraine buy has some serious questions to answer. 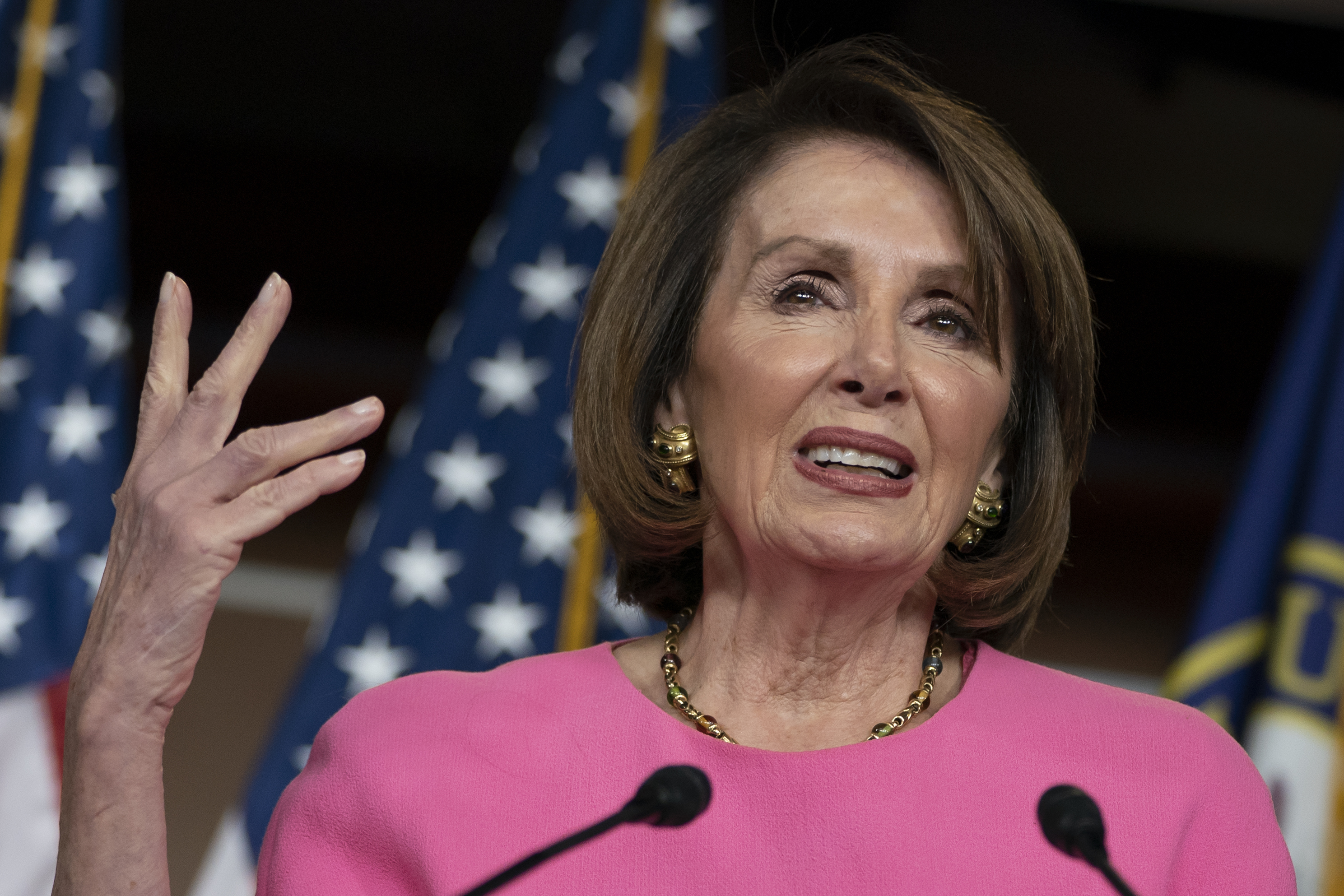 As Randy DeSoto writes in The Western Journal:

Concerning the aid itself, if Pelosi truly believes the president somehow threatened the United States’ national security and failed in his duties as commander in chief by the less-than-two-month delay, how much more did Obama do so by refusing to offer Ukraine any lethal military aid at all after Russia invaded Crimea in 2014?

I don’t recall Pelosi accusing Obama of undermining our nation’s security, his oath of office and the Constitution then.

Trump reversed the Obama administration’s policy during his first year in office, allowing lethal weapons including Javelin anti-tank missiles to be sent to Ukraine.

The question of who was willing to jeopardize U.S. national security interests in Ukraine and for what is now open for discussion.

So, another of the Democrats’ impeachment hoax pillars has crumbled. President Trump actually made Ukraine far more able to defend itself against Russian aggression while Barack Obama had done almost nothing to stand up to Putin, the very leader he had promised he would be more “flexible” with just months prior to Putin’s seizure of the Crimean Peninsula.

Did Republicans scream for impeachment then? No. Did the media? No.

Imagine being President Trump who comes into office and immediately sets out to correct the previous administration’s disastrous (and fraud-dominated) Ukraine policies that not only make Ukraine safer but also possibly less corrupt. (Corruption which Democrats like the Bidensprofitingitting from)

And what does the president get for his valiant efforts? A charge of quid quo pro and an illegal impeachment “inquiry” by House Democrats and the far-left media.

The corruption of Washington D.C. is being laid bare for all the world to see. Let’s hope enough informed voters see it as well in 2020 and give President Trump the landslide victory he so clearly deserves.