REPORT: President Trump Got Everything Right About Iran While The “Experts” Were, Once Again, Wrong…

So went the hysterical cries of the far-left media “experts” just 48-hours earlier. And now? There is no war. Iran backed down. President Trump and America have already emerged victorious from this brief conflict with an increasingly weak and desperate Iranian regime all but begging for help. 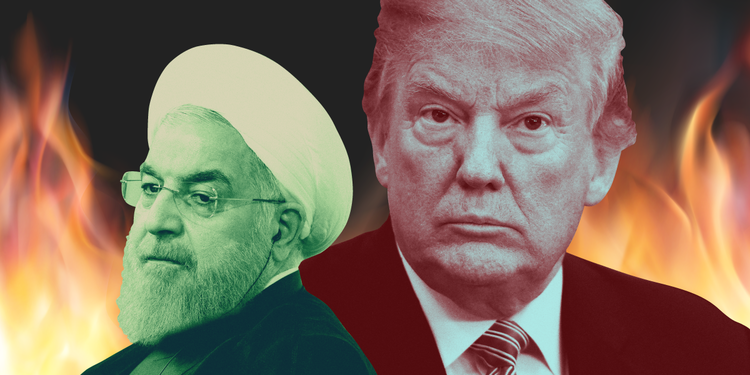 The Chicken Littles got everything wrong on Trump and Iran

If you went to bed early Tuesday, you were surprised to wake up Wednesday and learn that World War III has been delayed. No doubt you were also shocked that Iran blinked, oil prices were tumbling and the stock market was soaring.

Once again, the Chicken Little chorus got everything all wrong. The sky isn’t falling and Donald Trump pulled off a huge victory. Oh, and he’s still president.

Iran’s decision to pretend it was retaliating for the death of Qassem Soleimani by lobbing ineffective missiles is terrific news for America and freedom-loving people everywhere. So was Trump’s Wednesday offer of negotiations, which he wrapped in even tougher economic sanctions and warnings against any new attacks on Americans.

Over the last week, the president has put on a clinic in seeking peace while projecting strength. Just don’t expect to find the outcome described that way in the New York Times or on CNN.

Comically, the Times tried to turn America’s victory into defeat, with its top headline declaring that “Trump Backs Away From Further Military Conflict With Iran.” Imagine the headline if he had chosen the military option.

The Times is so deep into the anti-Trump weeds that it swallowed the mullahs’ propaganda that the crush of Iranians said to be mourning the death of Soleimani took to the streets voluntarily.

Notice the pattern? Anything that makes Trump look bad is good, facts be damned. They treat foreign mass murderers better than they treat him.

Still, if you’re keeping score at home, this marks approximately 1 million times Trump has escaped a doomsday certainty. Alas, his survival only seems remarkable because he has such fools for opponents. And I don’t refer just to the Iranians.

Blinded by hate, the Democrat/media industrial complex has created a daily soap opera where they predict Trump’s imminent collapse, and usually openly cheer for it.

One result is that his survival always surprises them. While some of Trump’s escapes do qualify as Houdini-esque, the bold takedown of Soleimani wasn’t one of them.

Strategically and morally, it was a no-brainer that the terror mastermind deserved to die, and the notion that Trump’s presidency would be ended because he approved the mission was wishful thinking at its most diabolical.

It’s true that if any Democrat or your average Republican were sitting in the Oval Office, Soleimani would still be strutting around the Mideast, spreading mayhem and death like an evil Johnny Appleseed. But that’s only because no other politicians on the stage have Trump’s America First convictions and the courage to act on them.

Given their druthers, politicians-as-usual choose appeasement every time. That’s how Iran, pre-Trump, paid a relatively minor price for its 40-year reign as the world’s largest state sponsor of terror.

Saying she was “closely monitoring” the attacks, she tweeted that “We must ensure the safety of our service members, including ending needless provocations from the Administration and demanding that Iran cease its violence.”

So targeting Soleimani was a “needless provocation”? She’s so full of rage, she probably wants to make his death a third article of impeachment.

Surely you remember impeachment? How it was so urgent that the House couldn’t possibly let voters pick the president this November. How Trump was such a threat to a fair election that there wasn’t time for a full inquiry and only a partisan kangaroo court would do.

Pelosi spewed those lies and more before she put the articles in a drawer last month, not to be seen since.

Thwarted by public opposition, she’s changing the subject again. Her new sleight-of-hand is to declare an urgent need for a war powers resolution that would tie Trump’s hands and prevent him from holding Iran accountable.

This is no ordinary nonsense, though it’s not without a twisted logic. Pelosi, like nearly all Dems and the media, still believes in the fiction otherwise known as the Iranian nuke deal. Hook, line and sinker, they bought Barack Obama’s risible claim that the deal — not a treaty — would lure Iran back into the community of nations.

Obama even sweetened the pot with billions of dollars, and skirted banking rules to deliver pallets of cash to Tehran.

In fact, it was quickly clear that Soleimani used much of that money to fund armed proxy groups throughout the Mideast. As Trump said Wednesday, “Iran went on a terror spree funded by the money from the deal and created hell in Yemen, Syria, Lebanon, Afghanistan and Iraq.”

That blood money is part of what Pelosi wants to protect with her war powers resolution on Iran.