REPORT: The Schiff Show Is About To Be Put On Notice…

Even among his fellow Democrat colleagues, Adam Schiff is not a particularly popular guy. He’s long been viewed as something of an oddball, an assortment of wide-eyed twitches and self-obsession that has left him a solitary figure with but one powerful political benefactor – fellow Californian and House Speaker, Nancy Pelosi.

This month, though, due to an ongoing legal challenge, the peculiar little man behind the Schiff Show curtain might very well be revealed to the world… 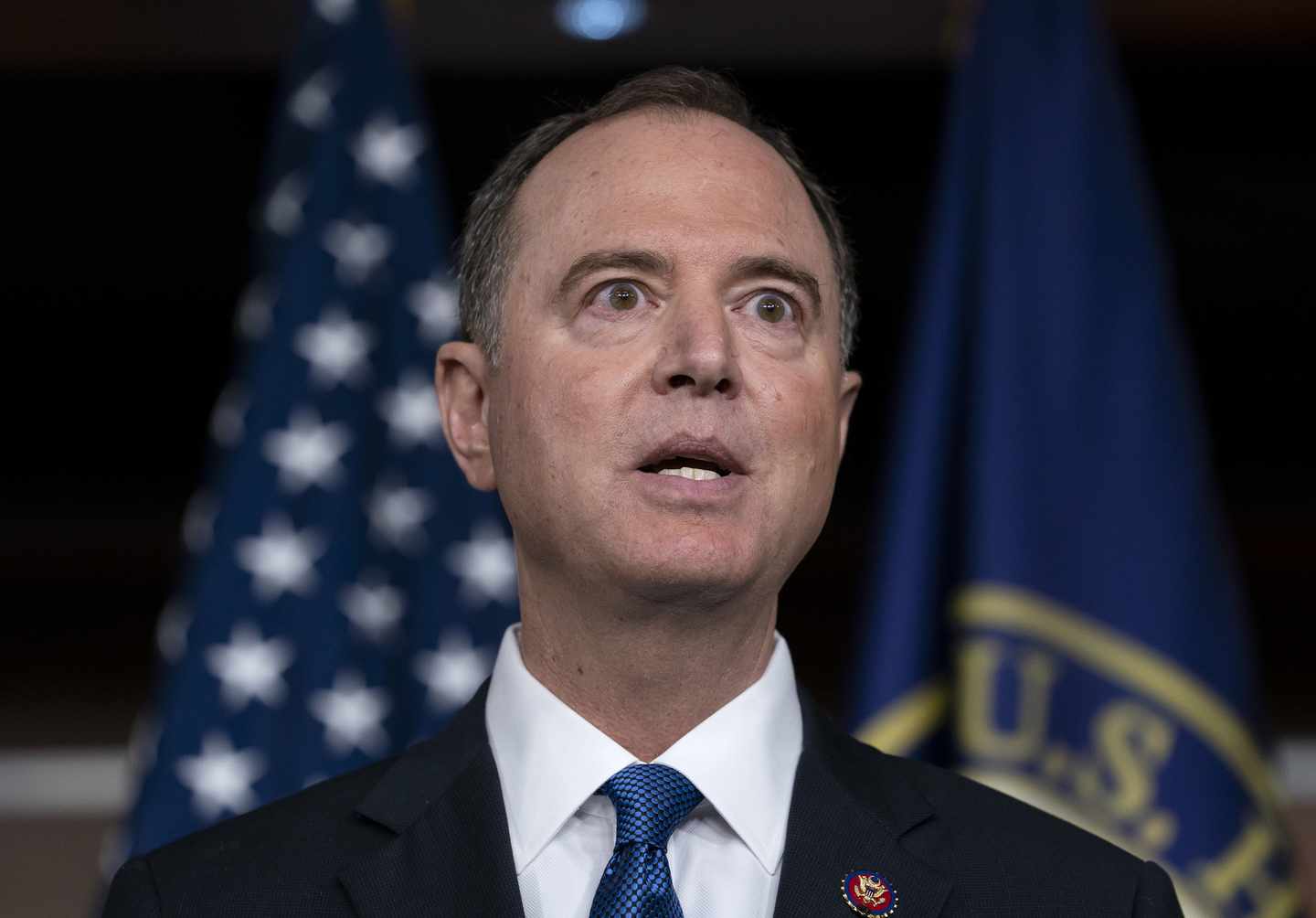 The truth behind House Intelligence Chairman Adam Schiff’s role in engineering President Donald Trump’s impeachment may soon come out because a nonprofit group promoting government transparency — Judicial Watch — is suing to get the whistleblower’s emails.

No matter how the Senate proceeds with Trump’s trial, Schiff should be held accountable for the devious means he used to drive impeachment.

The public also needs the truth about the so-called whistleblower. Real whistleblowers deserve to be treated like heroes. But the man identified as the whistleblower by Judicial Watch and many media accounts — Eric Ciaramella — is no hero.

To dignify Ciaramella with the term “whistleblower” misrepresents what he allegedly did. Let’s say he filed what is technically called a whistleblower complaint. He had no firsthand knowledge of Trump’s controversial July 25 phone call or motivations. Every allegation in the complaint begins with “I learned from multiple U.S. officials,” or “multiple officials told me” or “officials with direct knowledge informed me.” Just gossip. He never names any sources. Ciaramella acted as the anti-Trumpers’ frontman. As for courage, there’s not an ounce. He’s cowering from public view.

Similarly, Boeing ex-employee Ed Pierson is blowing the whistle against the company for overworking assembly line employees, leading to production errors that could cause 737 Max planes to malfunction or crash.

Real whistleblowers speak from firsthand knowledge and don’t hide their identities. They muster the courage to expose dangers or abuses that would otherwise go unreported. Movies are made about heroes like former cigarette company executive Jeffrey Wigand, who went on “60 Minutes” to expose the industry cover-up of addiction.

During hearings, Schiff cracked his gavel repeatedly to silence questions from Republicans about the whistleblower. Truth is, Schiff was protecting himself. Even now, if the whistleblower talks, details of Schiff’s role in launching the complaint may come out.

What is already known is that on July 26, one day after Trump’s call with the Ukrainian president, Schiff hired Sean Misko to join his staff. Shortly after that hire, Schiff’s staff met with Ciaramella, who is a friend and co-worker of Misko’s in the intelligence community. Schiff’s staff gave Ciaramella “guidance” on how to make a complaint. A cozy arrangement. The emails will likely divulge more.

Schiff concealed these dealings until The New York Times caught him in the lie. Schiff also withheld documents about aiding the whistleblower to House investigators.

The whistleblower filed his complaint with the Inspector General Michael Atkinson on Aug. 12, also concealing that he had met with Schiff’s staff. When the complaint became public in September, Schiff feigned surprise.

Even worse, Schiff obscured how the whistleblower complaint ever saw the light of day. The big question is why Atkinson deemed the complaint “credible” enough to be reported to Congress — the trigger required for Schiff to launch an impeachment investigation.

The complaint contained nothing but “secondhand or unsubstantiated assertions,” which regulations say are insufficient for a complaint to be acted on. Accounts of wrongdoing from co-workers don’t qualify. Atkinson’s Sept. 30 statement defending his decision to deem the complaint “credible” amounts to “I did it because I did it” double-talk. He never gives a reason.

Atkinson’s Oct. 4 closed-door testimony to the House Intelligence Committee undoubtedly offers answers, but Schiff refuses to let even House members see it. The transcripts of all 18 other witnesses have been released — but not Atkinson’s. It’s a stunning omission.

By concealing that testimony, Schiff is propping up what Assistant Attorney General Steven Engel calls the whistleblower’s “hearsay report” and keeping Schiff’s own role in launching the complaint under wraps.

But the shameful truth about Schiff’s hoax will likely be uncovered in the emails Judicial Watch is seeking. Sadly, it’s too late to spare the nation from impeachment.