REPORT: “The Walls Are Closing In – But Not On President Trump.”

Nancy Pelosi is scrambling to cobble together a symbolic “impeachment resolution” that will go nowhere as her right hand, Adam Schiff, is squealing complaints about becoming the focus of an investigation himself. The far-left media is running out of bloated headlines that more and more are tuning out completely while in the White House, President Donald Trump continues to push a remarkably successful America-First agenda as his poll numbers rise and the economy remains strong.

The walls are indeed closing in – but not on President Trump. 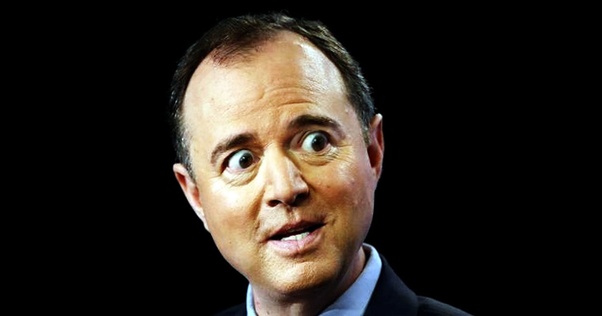 Democrats and their media propaganda arm have been telling us since President Trump took office that “The walls are closing in.” First, it was the Mueller investigation, then every fake news story from the media, from Trump’s attorney Michael Cohen being in Prague to Don Jr. calling his father about the Trump Tower entrapment meeting with some Russians.

Every “bombshell” revelation about Stormy Daniels or Omarosa meant that “the walls are closing in.” Mueller’s report, despite the best efforts of Andrew Weissman and his merry band of partisans, was a dud. As was the Ukraine phone call, with whistleblowers and Rep. Adam Schiff, perhaps one and the same, contradicted by the actual call transcript which Trump released.

For a humorous walk down memory lane, watch this YouTube montage of Democrat and #NeverTrump stooges telling their shrinking cable news audiences repeatedly that, “The walls are closing in” on President Trump.

Other oft-repeated phrases were, “This is the beginning of the end” and “It’s a tipping point” as this montage reminds us, with every bit of news described as “a bombshell.” It seems the entire U.S. media receives its talking points from a single source, as they all sound the same and use the exact same words or expressions. The original JournoList may be defunct, but media collusion is alive and well.

News this week suggests that the walls are indeed closing in, but not on President Trump. Instead, it’s officials in the Obama administration, up to and including President Obama himself, who notice the size of their rooms beginning to shrink.

As many of us hoped, Attorney General William Barr’s investigation into the origins of the Russian collusion hoax is now a criminal investigation rather than simply an administrative inquiry. For those patiently, or impatiently, sitting through the calm before the storm, the storm has finally arrived.

This means that Lone Ranger Barr and his sidekick Tonto, U.S. Attorney John Durham, have enough suspicion that some individuals have broken the law to now shift the investigation into the realm of criminality. Durham now can issue subpoenas and impanel a grand jury. Indictments and prosecutions may follow.

The word “may” is important, since while the walls might be closing in, one should always have a degree of healthy skepticism that the tier of justice meted out to deep-state players may only be a slap on the wrist. But it’s progress, nonetheless.

This Washington Post headline succinctly reminds its readers who the walls are closing in on now, “William Barr’s investigation should make Democrats nervous.”

In a recent interview, Trump was quite clear:

“What they did was treasonous, OK? It was treasonous,” he told author Doug Wead for his upcoming book, “Inside Trump’s White House: The Real Story of His Presidency.”

“The interesting thing out of all of this is that we caught them spying on the election. They were spying on my campaign. So you know? What is that all about?” said Trump.

“I have never ever said this, but truth is, they got caught spying. They were spying,” said Trump who then added, “Obama.”

Let’s not leave out two-time presidential loser Hillary Clinton. At last week’s Elijah Cummings funeral, Clinton and Obama left early, ahead of everyone else, as these Twitter photos chronicle. Perhaps these Spygate co-conspirators needed a few private minutes to discuss the upcoming storm about to engulf them.

Did you catch it?

Service ends… everyone instructed to remain in place….

Only HRC and RENEGADE leave… bet they have ALOT TO TALK ABOUT…. pic.twitter.com/sTYeDOMQNW

The origins of the Spygate investigation appear to be a grand conspiracy between Glenn Simpson’s Fusion GPS, former British spy Christopher Steele, the Russian-tied Alfa Bank, Ukraine, Hillary Clinton, the DNC, numerous Obama intelligence and justice officials and even some Republicans such as John McCain.

The “Steele Dossier” may not have actually been written by Christopher Steele. In fact, the dossier was quite similar to an article Simpson wrote in 2008, alleging Russian collusion with then-presidential candidate John McCain. McCain was never going to win the election, so the dossier was put into storage for future use until it was resurrected in 2016 with a few minor name changes and other tweaks.

Chance meetings and conversations that were actually set up by Brennan and his pals, entrapped Trump campaign officials, serving as the genesis of the Spygate investigations. Brennan may have lied to Congress as to when he first learned about the Steele/Simpson dossier. Brennan has also been absent from Twitter for over a week, perhaps looking for a door jamb to stop the closing walls.

On another front in the General Michael Flynn trial, his pit-bull attorney Sydney Powell has called out FBI and DoJ corruption against her client through doctored FBI 302 reports and unlawful withholding of exculpatory evidence. Names like Lisa Page and James Clapper feature prominently in this fiasco, providing another set of walls closing in on the deep state.

Another wall is being closed by DoJ Inspector General Michael Horowitz investigating FISA abuses. Who signed the FISA warrant requests and on what basis? Was evidence to the FISA court properly verified? Who signed off on renewal requests? As an inspector general can’t indict, perhaps there is criminality noted in his report, leading to Barr’s recent announcement of a criminal investigation.

As an interesting aside, FISA judges are appointed by the Chief Justice of the Supreme Court, John Roberts. As the Washington Post reports, “Roberts is single-handedly choosing the people who get to decide how much surveillance we’re subject to.”

Where has he been on alleged FISA abuses? A Title 1 warrant was issued against Carter Page, reserved for “an agent of a foreign power.” This allowed the FBI to spy not only on Page but anyone he was in contact with and anyone they were in contact with. That would cover the entire Trump campaign and most of Washington D.C. If Page was a foreign agent, why is he on cable news shows rather than in prison? (Answer – he’s deeply connected to multiple D.C. power brokers)

How can Justice Roberts preside over a possible Senate impeachment trial if he is a material witness into the abuses that started the impeachment inquiry?

Then there are Joe Biden’s numerous pay-to-play scandals involving China, Ukraine, and Romania. As these occurred while Biden was vice-president in the Obama administration, this begs the question of what Obama knew and when did he know it.

Lastly in an interesting coincidence, at the same time, AG Barr announced the pivot to a criminal investigation, fired FBI deputy director Andrew McCabe dropped his wrongful termination case against the DoJ. Has he turned whistleblower? Is he about to be indicted for his role in Spygate? This is all to be determined but the walls seem to be closing in on him too.

It’s clear that Team Trump is now on offense. Grand juries hand out indictments like candy. Impeachment talk is just that, a lame attempt to discredit Barr and Durham before they unleash the hounds of hell on those conspiring to thwart and then overturn a presidential election.

Lots of walls are closing in, but not on President Trump. The reckoning may now be underway as the Storm blows into Washington, D.C., heralded by Trump’s Lone Ranger and Tonto, Barr and Durham. Obama and his deep state players are on the Edmund Fitzgerald when the gales of November come early.