Is this entire current “whistleblower” nonsense merely an attempt by the Biden-Clinton-Obama-DNC machine attempt to muddy waters that directly implicate some of the most powerful and influential leftists in America? 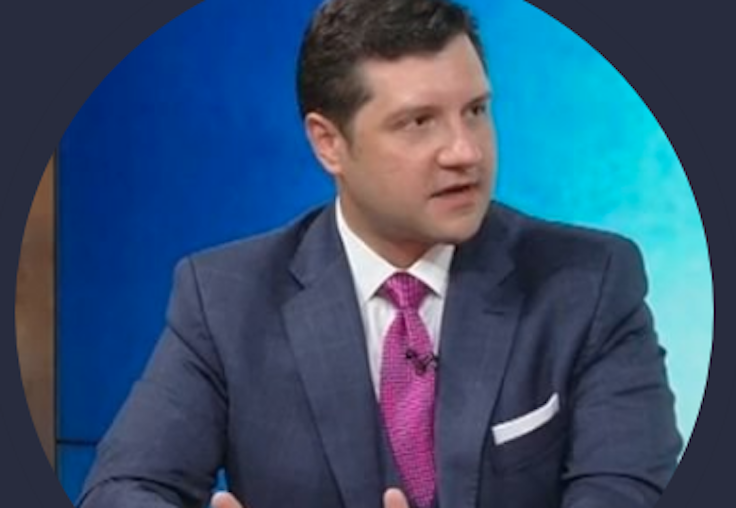 Via The Washington Free Beacon:

Andrew Bakaj, founder and managing partner of D.C.-based law firm Compass Rose Legal Group, is the lead counsel working on behalf of the Ukraine whistleblower. Bakaj earmarked a $100 donation on April 26 through ActBlue, a fundraising nonprofit that helps facilitate contributions for Democrats, to Biden’s presidential campaign, the Federal Election Commission’s website shows. Biden appears to be the only recipient of campaign cash from Bakaj this year.

Attorney Mark Zaid is acting as co-counsel for the whistleblower. Zaid and Bakaj are both involved with Whistleblower Aid, a nonpartisan legal nonprofit launched in 2017 to help federal employees coming forward with information about wrongdoing navigate legal avenues.

John Tye, a former government whistleblower at the U.S. Department of State, cofounded Whistleblower Aid and is listed as its governor in D.C. incorporation papers. Tye previously worked at the left-wing Southern Poverty Law Center, known for its “hate group” designations, and Avaaz, a liberal organization that pushes global activism on climate change.

Tye told the Washington Examiner that the Ukraine whistleblower did not contact Whistleblower Aid. The publication asked if the group was providing or standing ready to provide assistance. “Yes. Absolutely,” he said.

Zaid, one of two attorneys Tye paid $13,000 to help him navigate the lawful reporting process when he was acting as a whistleblower, is the other co-founder of Whistleblower Aid. Zaid has also given thousands of dollars to Democrats in the past.

The Washington Free Beacon asked Zaid in September 2017, when Whistleblower Aid launched publicly, about his contribution of $3,400 to a local Maryland Democratic committee. The attorney characterized the payments as money he paid into silent auctions.

“All of those donations were my winnings in the silent auction, which were usually alcohol and Disney trips,” Zaid said at the time. He added that politicians would auction off lunches and that he won such a lunch with then representative Chris Van Hollen (D., Md.). His law firm covered the costs of the lunch because it was for work-related purposes, he said. Zaid added that he testified in front of Van Hollen and that he supported whistleblower and classification reform. “They’re listed as donations, but they’re not what I would consider donations to the Democratic Party to help them,” he said.

Zaid is also executive director of the James Madison Project, an organization established in 1998 to “promote government accountability and the reduction of secrecy.”

At the time the Free Beacon spoke to Zaid in 2017, John Podesta, who chaired Clinton’s 2016 presidential campaign, was listed on James Madison Project’s board of advisers.

When questioned on Podesta’s involvement with his group, Zaid claimed he had not spoken to Podesta in nearly two decades.

“I thought I took it off the website,” Zaid said. “So when I founded it in 1998, I asked him to join the board of advisers. I think he came on around ’99 or 2000 and I literally haven’t spoken to him since. So the board of advisers was always meant to have some big names and people that would have some prestige, associated people that were in the community and Podesta was—and still is I think—a very big advocate for transparency. But he hasn’t had any communications with us in literally almost two decades.”

Podesta no longer appears on the group’s website as a board member. A cached version of the group’s site from September 2017 shows Podesta’s name.

Values United spent $525,000 on endeavors related to educating the public on whistleblower matters and assisting individual whistleblower clients with legal help throughout 2017, its tax forms show.

Values United lists the same address and suite number as Compass Rose, Bakaj’s law firm where Zaid is now listed as an attorney.

House Intelligence Chairman Adam Schiff (D., Calif.) tweeted Tuesday afternoon that Democrats have been informed by the Ukraine whistleblower’s counsel that their client “would like to speak to our committee and has requested guidance from the Acting [director of national intelligence] as to how to do so.” Schiff added House Democrats are in contact with the council “and look forward to the whistleblower’s testimony as soon as this week.”

An inquiry sent to Compass Rose seeking comment on Bakaj’s donation to Biden’s presidential campaign was not returned by press time.

The gist of all of the above appears to be this. When President Trump was elected in 2016 these “whistleblower” advocate agencies were quickly initiated to work in conjunction with Deep State operatives throughout the federal government (and within the Trump White House itself) to spy, leak, and if need be, manufacture whistleblower allegations to harm President Trump and the Trump agenda.

This is but the tip of a very large and corrupt D.C. iceberg.

The war for the soul of America wages on…