There is no making it better. The Democrat Iowa Caucus was a mess from top to bottom and an embarrassment to a political party that has fallen so far down an anti-American, anti-Middle Class, anti-prosperity path it has motivated millions of Democrat voters to support President Trump.

Perhaps currently most disgusted by the Democrat Party’s seeming ineptitude is none other than a top aide for Bernie Sanders. Remember, it was the DNC that stole the nomination from Senator Sanders in 2016, going so far as to provide Hillary Clinton debate questions beforehand so that her campaign could prepare their answers and then later using the party’s tyrannical ‘super delegates’ to push out Sander’s far more impressive grassroots support.

Well, according to a top aide for the Sanders 2020 campaign, it appears the DNC is doing it once again…

A top campaign aide to Vermont Sen. Bernie Sanders said there is something amiss in Iowa.

Nina Turner, a former Ohio state senator who is national co-chairwoman for Sanders’s campaign, said she is suspicious of the timing of Democratic National Committee Chairman Tom Perez’s call for a recanvass on Thursday, three days after the botched rollout of the Iowa caucus results.

“It does look fairly intentional,” Turner told Status Coup. “I feel bad for the people of Iowa who take great pride in the caucus process. They were robbed. Our campaign, and all the thousands of volunteers that combed that entire state on behalf of this campaign, it was really wrong.” 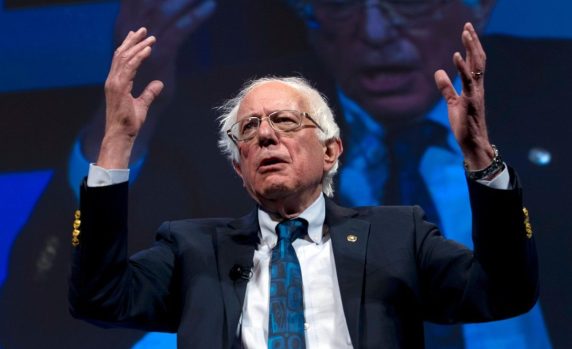 She continued: “I find it ironic he wants to recanvass. Where was he days and days before that? Nowhere to be found.”

Perez cast doubt on the Iowa results with 97% of precincts reporting. Data from the remaining precincts came in shortly after, and the final numbers gave former South Bend, Indiana, Mayor Pete Buttigieg a razor-thin lead over second-place Sanders. On Friday, the Iowa Democratic Party extended the deadline to challenge official results from the state’s caucuses into early next week.

Turner, 52, also expressed frustration with people doubting the results from so-called “satellite caucuses” that allowed people to caucus who could not attend a 7 p.m. meeting. Sanders beat his competition in those contests, leaving some to doubt the results. Turner claimed Sanders won those caucuses because they contained more diverse voters.

Turner called those heading the Democratic National Committee “elites” and claimed they were working to harm Sanders’s campaign.

“In 2016, they wanted to throw him out, as you remember. This you, you’ve got several candidates who are not polling well with communities of color, and you’ll hear nary a word. You know why? Because the elites have moved the ball,” she said.

“The DNC should be ashamed of itself, because it really is a slap in the face to folks who were asking for reform, and if the DNC believes that it’s going to get away in 2020 with what it did in 2016, it has another thing coming,” Turner said.