Two years ago Democrat Congressman Adam Schiff, the same one who was caught just this week lying about President Trump during an official congressional hearing, took a call from two Russian comedians posing as Ukrainian officials peddling dirt on Donald Trump. Schiff was very quick to take the call and then start to deal with the “Ukrainians” to get that information from them so that he could then use it to attack the president. Remember, Congressman Schiff has no idea this is a prank. He’s willfully engaged in working with a foreign power to harm the duly-elected President of the United States.

Hypocrisy level 1000 don’t you think? And don’t forget, this guy is the Chairman of the House Intelligence Committee. Let that sink in.

It’s further confirmation that the Democrats know the entire impeachment push is based on a manufactured lie. The reason they are doing this is because they don’t trust YOU, the American voter when it comes time to vote in 2020. President Trump continues to give power back to the American people and that’s the last thing the status quo powers in Washington D.C. and around the world want to see happen. 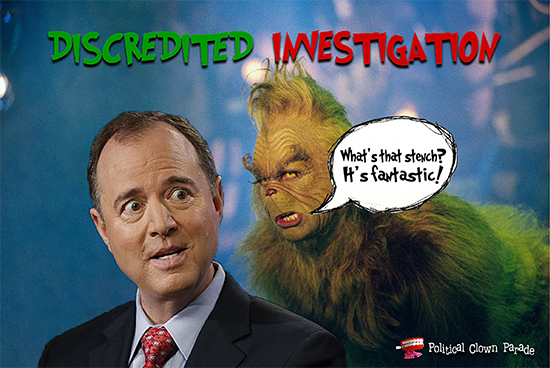