What if high-ranking D.C. politicians working in conjunction with Deep State operatives and powerful far-left media figures, attempted to game the election outcome in order to make Hillary Clinton president in 2016?

What if, indeed. That’s exactly what an ongoing investigation has been looking into and it clearly has Democrats, RINOs, the Deep State, and the media in a panic. 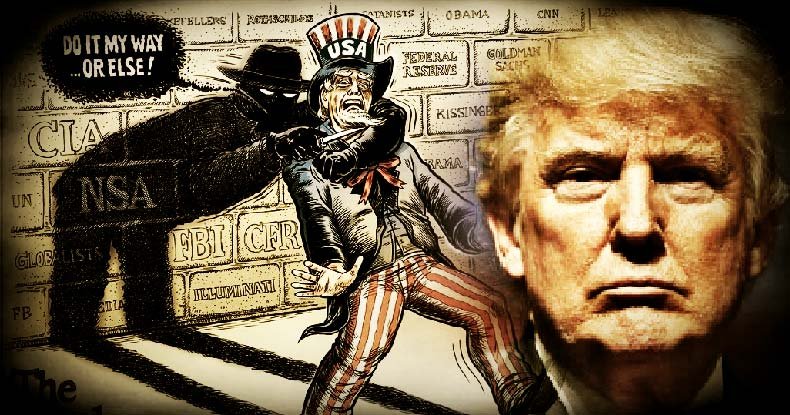 Foreign nations are alleged to have been involved, representing BILLIONS in trade agreements linked to a multitude of international entities.  (See: Biden Ukraine and China scandal)

President Trump represents the first true political outsider to reach the White House. His 2016 victory was an unprecedented pushback by the common men and women of America against the long-established status quo D.C. swamp creatures who have long enjoyed skimming the U.S. taxpayer out of tens of millions and pocketing it for themselves year after year after year. (See: Clinton Foundation scandal)

POTUS Trump’s predecessor, Barack Obama, oversaw eight years of rampant government abuse whereby institutions like the IRS, FBI, and CIA were weaponized to destroy any and all political opposition that might hinder the cash-grab environment that exploded during the Obama era. (See: IRS scandals, Solyndra scandal, Netflix-Obama FCC scandal, etc.)

A Justice Department official told Fox News on Monday that Attorney General Bill Barr asked President Trump to make introductions to foreign countries that might have had information pertinent to U.S. Attorney John Durham’s ongoing probe into possible misconduct by the intelligence community at the outset of the Russia investigation.

But, a person familiar with the situation told Fox News it would be wrong to say Trump “pressed” the Australian prime minister for information that could have discredited former Special Counsel Mueller’s now-completed probe, as The New York Times reported earlier Monday.

“The countries have been helpful,” the source said. “There was no pressing required.”

In response to that public comment, the Australians proactively contracted Barr offering assistance. Fox News has obtained a letter showing Australia’s outreach, including an offer to use its “best endeavors” in “support” of Barr’s probe.

A senior Australian diplomat told Fox News: “After the president said what he said – we initiated the contact. There was no pressure — we acted in order to help.”

In issuing his directive, the president was letting the heads of other countries know that the attorney general would be contacting the appropriate law enforcement entities in each country, according to the DOJ official. When Barr was in Italy last week, he did talk to law enforcement officials there about Durham’s review, Fox News was told.

Rumors have long swirled that the Obama administration and Hillary Clinton campaign worked with foreign agents to defeat Donald Trump in 2016. When that failed those same forces switched to destroying the then-newly elected president via a litany of failed “scandal” hoaxes. As the Trump administration turned its attention to trying to prove the growing belief there was a shocking level of corruption and foreign agent meddling between the respective Obama and Clinton political machines, the outcry and panic of the anti-Trump forces has grown considerably.

Will the truth of what many believe to be the single greatest political scandal in the history of America finally see the light of day and those responsible made to pay a price?

That remains unknown as the Deep State and far-left media fight with all their considerable powers to see the light that has been the Trump presidency vanquished for good.