A promise made. Another promise kept.

President Trump’s aggressive fight to remove power from Washington D.C. and give it back to the American people is already remarkably successful and helping to make millions of families across the nation more financially secure and independent from the burden of government interference. 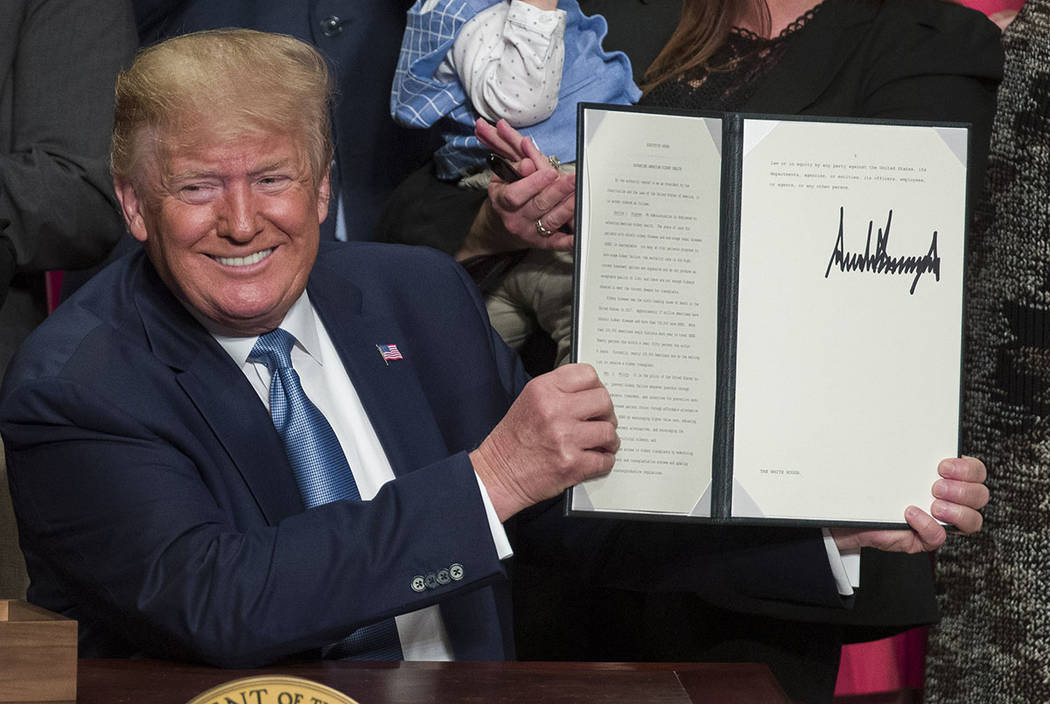 President Donald Trump put regulatory reform at the top of his agenda and has done much to fulfill his promises in that regard. The Wall Street Journal notes the administration over the past three years has saved more than $40 billion in the regulatory arena. A report from the White House Council on Economic Advisers concludes that, over the next few years, the Trump administration’s regulatory reforms will have increased U.S. real incomes by $3,100 per household per year. (That’s real money folks!)

This is an important achievement on more than just the economic front. The rise of the federal administrative state has transformed scores of executive agencies into a quasi-legislative branch of government that enjoys wide latitude to interpret law while imposing regulations on business and individual behavior. But by ceding so much rule-making (read: legislative) authority to unelected bureaucrats, this arrangement serves as a clear threat to the separation of powers concept embedded throughout the Constitution and intended to protect against the tyranny inherent in consolidated authority.

“The administrative state has the power to enforce its laws, as it alone has interpreted them, liberated from any meaningful review by the courts and often from any meaningful control by the president,” wrote Charles J. Cooper, who served in the AG’s office under Ronald Reagan, in a 2015 essay for National Affairs. “It can truly be said that, in the main pursuits of everyday life, we are ruled by a one-branch government. And the ‘experts’ who run it are accountable to no one.”

It will ultimately be up to Congress and the courts to reverse this dangerous trend. But Mr. Trump deserves credit for joining the battle.

Russ Vought, acting director of the White House Office of Management and Budget, put it succinctly. “These executive orders,” he said, “give this administration the tools to defend Americans’ freedom and liberty against off-the-book regulations and prevent unfair penalties from being levied on American families and business by rogue agencies.”

There is, of course, a proper role for a regulatory bureaucracy in a democratic republic. But empowering it to operate largely unbound by the traditional checks and balances represents a very real danger. The president’s orders are welcome and long overdue.