Supporters of President Trump showed up BIG TIME to cast their vote for him during the just-concluded New Hampshire primary.

No other modern era president has come close to the incumbent numbers that were cast for a sitting president.

Make no mistake, this has the DC Swamp very concerned as it points to a potential re-election landslide for the president in November.

America has never seen this kind of incumbent support. NEVER. As a point of comparison, it’s DOUBLE what Barack Obama was able to put together in 2012 which would seem to confirm that Mr. Obama’s support was superficial at best, a possibility that further explains how little influence the most recent former president seems to have in this current election cycle. 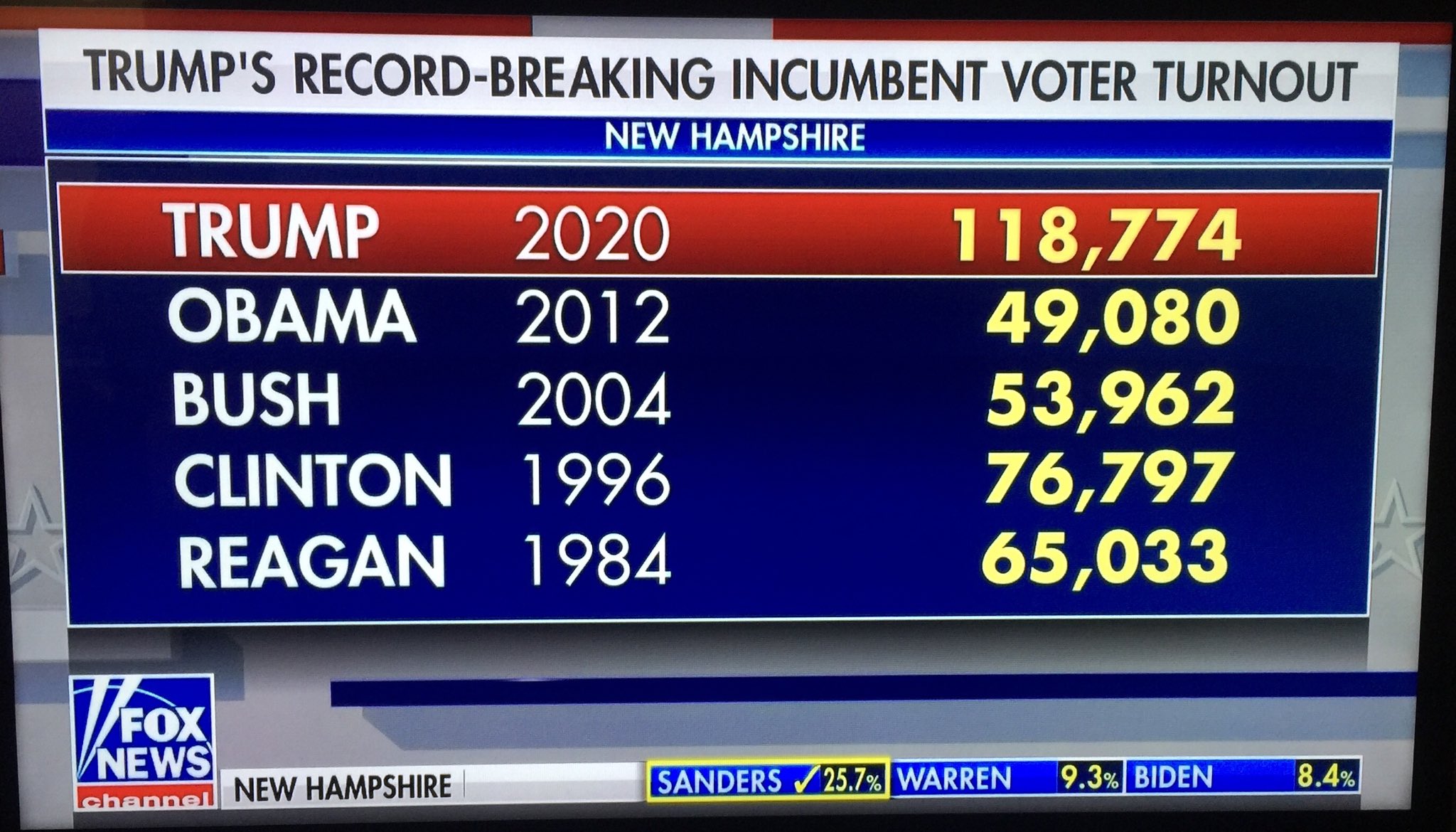