Yes, Speaker Pelosi, You DO Hate President Trump Because His Success Is America’s Success…

“No matter how she dresses it up, her impeachment is a pig.” 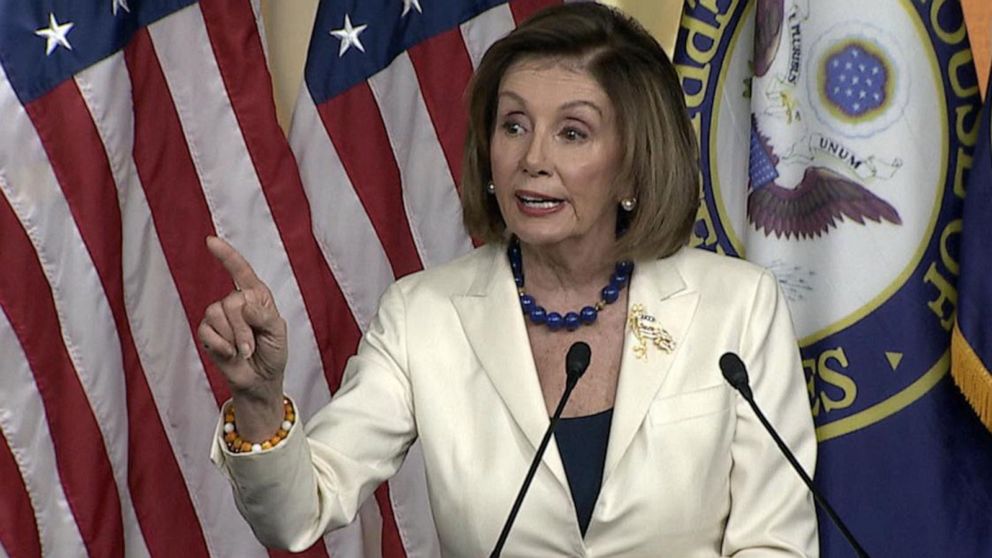 As I watched Speaker Nancy ­Pelosi surround herself with large American flags and wrap her impeachment putsch in the language of the Founders, a Mark Twain line came to mind.

Yet that’s exactly what Pelosi is doing.

No matter how she dresses it up, her impeachment is a pig.

Does Pelosi hate Donald Trump? Of course she does. She hates that he’s president, that he’s building an economy that is the envy of the world and that he appeals to voters her party used to own. She’s turned him into such a villain that every success of his is a failure for her.

She calls him a coward, an imposter and keeps saying “all roads lead to Putin.”

Actually, all roads under Trump lead to jobs, jobs, jobs. Some 266,000 were added in November, driving the unemployment rate down to 3.5%, the lowest in 50 years. Wages climbed by 3.1% annually — all signals the economic expansion is still strong.

The report was such a blockbuster that even Trump haters had to admit it. “Trump Parries Impeachment With a Boom,” The New York Times said on page one. But if it looked with a fair eye, the Times would see plenty of other good news, too.

…But it’s an alternative reality where the media and Democrats are obsessed with one thing only: trying to end the Trump presidency. Any hope that Pelosi would come to her senses was dashed with her order to draw up articles of impeachment.

“Our democracy is what is at stake,” she said. “The president leaves us no choice but to act.”

She is wrong. She does have a choice, and she made the wrong one.

So it felt inevitable when, soon after Pelosi ripped into a reporter for merely asking if she “hates” Trump, a 1998 video surfaced of her saying Republicans were “paralyzed with hatred” for impeaching Bill Clinton.

Ah, but that was then. Now, when it comes to getting rid of Trump, the only rule for the left is that there are no rules.

Pelosi could have ended such madness by calling off the rabid dogs and saying her party trusts democracy. Instead, her impeachment jihad proves she doesn’t.